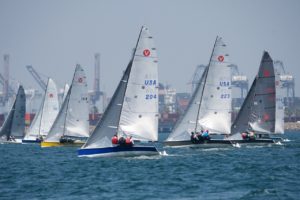 In the past 5 years, the California fleet has grown into one of the largest fleets for the Viper.  The majority of vipers are located in  Southern California from San Diego to Santa Barbara.  This region pairs perfectly with the Viper 640 because of its ease to break down, travel, setup, and launch.  This gives Southern California sailors the ability to experience all the great venues and events on the weekends without spending days setting up and rigging.

Filled with great people and fantastic sailors, Vipers have fulfilled everything we need as a one-design race boat in California. Lightweight, high quality and most of all, very affordable. Strict one-design rules, one suit of sails per year and Corinthian competition (no paid pros) allows a broad range of sailors to be competitive.

We’re teaming up with our neighbor fleet, the Desert Vipers (Arizona) to add even more variety to our sailing locations. There’s a great race just a few hours away. 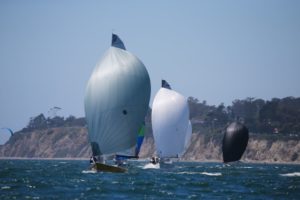 We have a very active schedule of demos and joyrides at just about any location you can imagine. Contact your local fleet captain for more information. We also have fleet deals available for budding areas saving new owners thousands of dollars.