When it was decided that the Viper 640 sports boats would travel to Bermuda during November 2016 for its major regatta, everyone was looking forward to the big winds that prevail on the Great Sound at that time of year. Unfortunately on two of the days too much wind prevailed. The 4-day event, the Aspen Viper 640 International Championship sponsored by EFG, was held from Wednesday – Saturday, November 16-19, in conjunction with the 2016 North American Championship. The regatta came down to only six races over two days of sailing. As was the case on Thursday’s second day of the event when 25+ knot westerly winds with puffs well into the 30’s kept the racers ashore, the final day’s racing also had to be cancelled as the low hovering around Bermuda brought winds well in excess of 25 knots with puffs and frequent rain squalls crossing the Great Sound with wind speeds in excess of 35 knots.

It should be noted that a handful of crews did go for a sail Saturday morning inside the more protected waters of Hamilton Harbor and they were rewarded with spectacular downwind sleigh rides noting that had they been outside in the Great Sound it would been difficult for even the most skilled among the fleet to handle the strong, frequent puffs.

With sailors coming to Bermuda from across the U.S., Canada, Australia, and the UK, the competition was very tight. A look at the scores revealed that, with the exception of Horowitz’s winning 10 points, had the regatta sailed the final day the scoreboard would surely have been shuffled. Close competition, excellent courses, big breezes, and good sportsmanship prevailed throughout the racing; and ashore, event co-chairs Somers Kempe and Doug De Couto beautifully executed a logistically challenging regatta. Sailors were able to enjoy the hospitality and grandeur of both host clubs, the Royal Bermuda Yacht Club and the Royal Hamilton Amateur Dinghy Club.

While the Viper 640 Class has held its North American Championship for many years, this is the first time the Class hosted an International Championship. In doing so, it was necessary to have a new perpetual trophy and a sculptor was commissioned to create a piece of art reflecting the Viper’s growing global presence. What he came back with is a unique bronze sculpture that will definitely stand out in any yacht club’s trophy case.

When asked about his winning the International and North American Championships, Horowitz was proud of his accomplishment giving the credit to his crewmates Coleman and Healy. “When I joined the Viper Class I knew I’d be more competitive if I had a regular crew,” said Horowitz, “and I was able to talk two of my best friends into joining me on the boat. It helps that Ian and Brendan are both spectacular sailors. It was really great for the three of us to be racing 40 other Vipers on the beautiful island of Bermuda.” 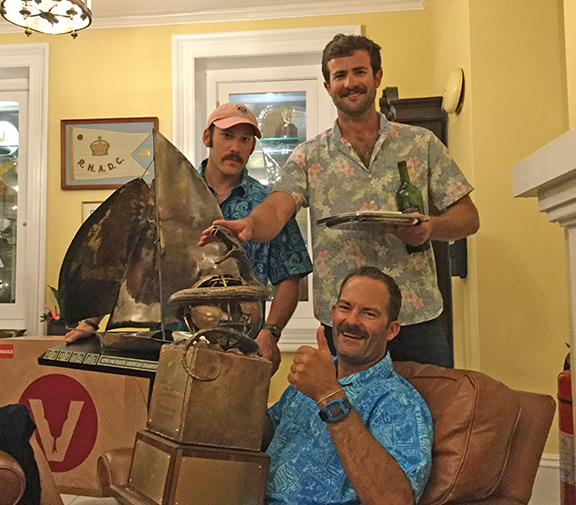 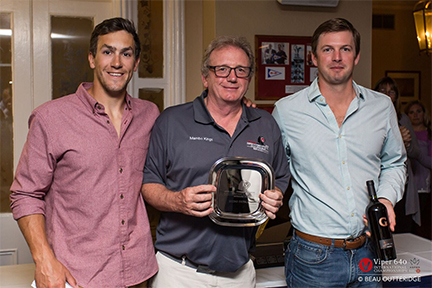 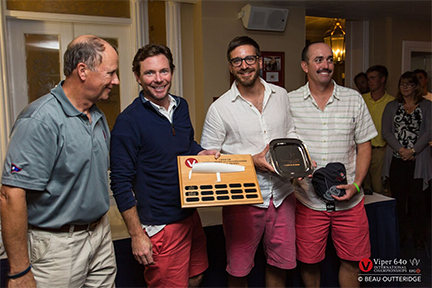 The regatta concluded Saturday night at the RHADC with a cocktail party and prize giving bringing everyone together one last time. 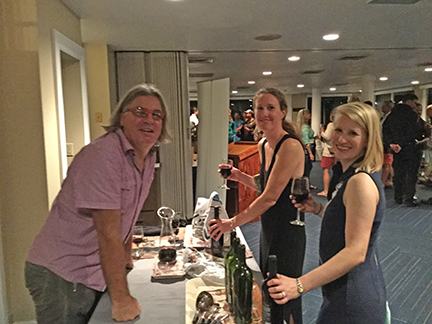 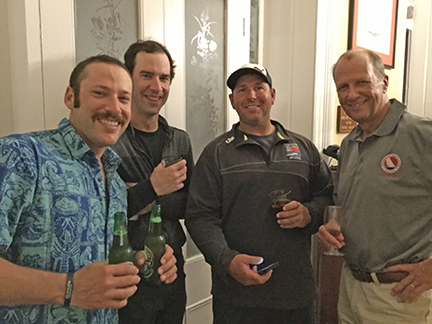 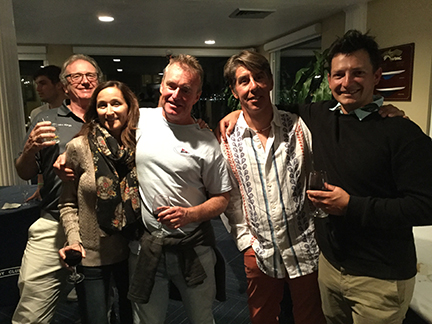 As has been noted in the past, in addition to the great boats these men and women sail, they find the camaraderie among Viper sailors and the international friendships that have developed over years keep them coming back. There were sailors in their early 20s and in their 70s racing competitively, there were parent/child crew combinations as well as husband and wife teams. Of note was the seventh place team comprised of two married couples: Peter and Rachel Beardsley sailing with Jay and Rachel Rhame. Rachel Rhame sailed as hard as anyone on the course despite being five months pregnant. The joke was if they were sailing 4-up or 5?

The sailors were treated to not only the benefit of having an International Race Officer (Stuart) running the races, but they also were served by an International Jury headed by Bermudian IJ Robert Duffy. And, as is the case with most regattas of this magnitude, it would not have been possible to be held without the cooperation and support of the many sponsors including: presenting sponsor Aspen RE, long-term Viper 640 Class sponsor EFG, host sponsor the Bermuda Tourism Authority, shipping sponsors Bermuda Container Line, Bermuda International Shipping Ltd, Somers Isles Shipping Ltd, and Bermuda Forwarders and supporting sponsors Goslings, Gubinelli Wine, Oleander Cycles, Newstead Belmont Hills, and Island Construction.

You can see great regatta photos and video HERE.

EFG International has been the primary supporting sponsor of the Viper 640 Class since 2011. Every year, Viper sailors around the world competing in qualifying events leading up to the EFG Viper Pan-American Championship sailed each March in Miami, FL, as part of Bacardi Miami Sailing Week presented by EFG.