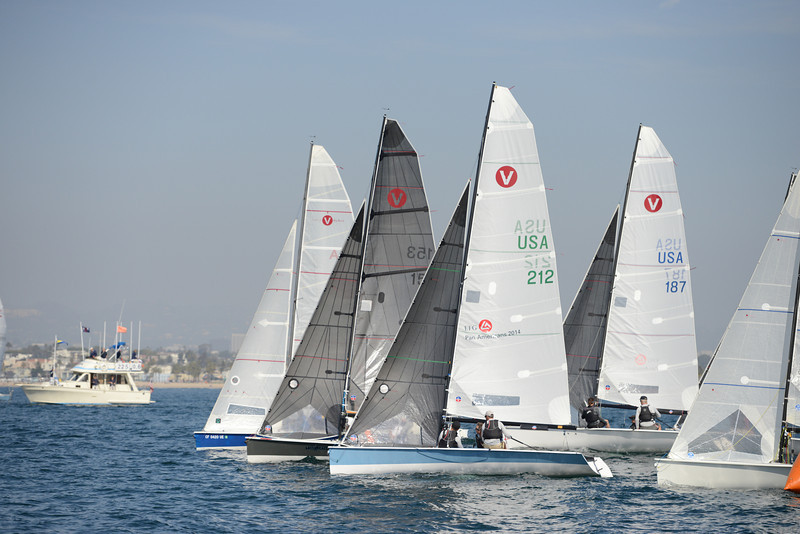 The second stop on the 2014 West Coast Viper circuit was the Southern California Mid Winters hosted by the California Yacht Club in Marina Del Rey. Mark Folkman and his crew on #130 Slitherin, fresh off their triumph at the Arizona Yacht Club’s Birthday Regatta and Leukemia Cup looked to continue their winning ways. In their way were 10 other Vipers. Boats started arriving on Friday afternoon with Timbo Carter being a great help in bringing #191 over from Glenn Griley’s warehouse as my crew and I flew in from Vancouver.

Saturday morning arrived with perfect paddle boarding conditions, warm and windless but a westerly eventually found its way down the channel to get us out into the Pacific off of Venice Beach. The breeze didn’t last long and the race committee postponed for a little over an hour until the sea breeze filled in again, this time to a roaring 8 knots or so. Race 1 saw Jay Golison on It’s All Good leading the way followed by newbie Alex Steele on his newly acquired #153 Last Call finishing second and Mark Folkman in third. 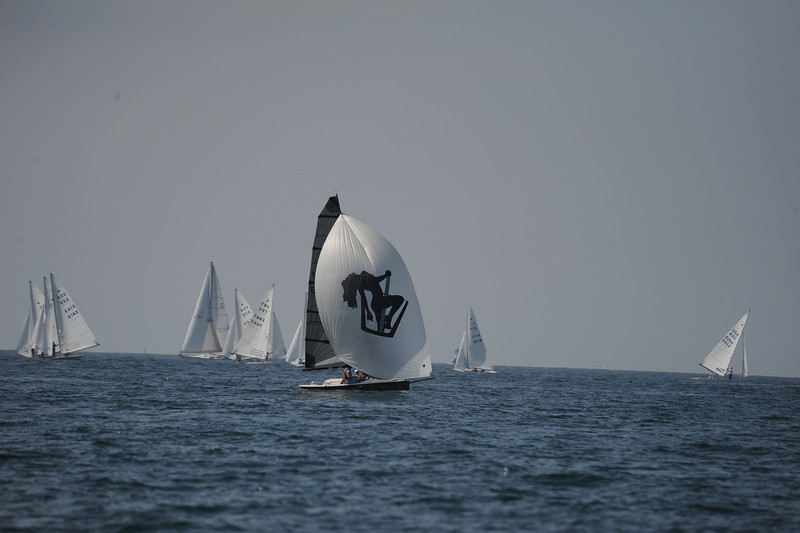 Race 2 got underway with the sea breeze dying but this didn’t stop Slitherin from moving to the front of the pack but by the time we got to the leeward mark the wind had shifted north and the race committee signaled a change of course. The wind shifted again leaving the new weather mark a near fetch below a picket fence of Martin 242’s. The bonus for some of us was the brief appearance of a whale looking for krill off the beach. Once around the weather mark the rich got richer as the breeze continued to die and Mark Folkman held on for the win closely followed by Timbo Carter’s Viral and Glenn Griley’s Kindred Spirit. At the end of Day 1, the top 3 were Slitherin, It’s All Good and Kindred Spirit with 4th thru 8th separated by 4 points.

Day 2 started out much like Day 1 but the wind held for the start of Race 3 but a pile up at the heavily favored pin end brought about a general recall and the race committee moving the pin end. After a brief delay, Race 3 got underway in a light and shifty westerly putting a premium on shifting gears and staying in phase. As we made our way down the second downwind leg a fog bank descended upon the course from the southwest bringing a little better breeze but waning visibility. Jay Golison played the legs perfectly and finished first nearly 2 minutes in front of Mark Folkman who was closely followed by Mike Pentecost’s Hot Mess. The fog continued to roll in and enveloped the race course and the fleets following us had their challenges finding the finish.

With the race committee unable to see the pin end let alone the weather mark, the postponement flag went up for about an hour leaving those of us from out of town wondering how the hell we were going to find the channel and not the breakwater going back to the yacht club. Finally the fog burned off and a 4th race was put in motion with Slitherin and It’s All Good tied atop the standings. This led to some interesting “discussions” between the two boats as the gun went off. Again, we were treated to a light and shifty westerly making for challenging conditions with It’s All Good coming home the winner closely followed by Kindred Spirit with Slitherin third giving Jay Golison and crew the overall win over Mark Folkman’s Slitherin with Glenn Griley’s Kindred Spirit in third. 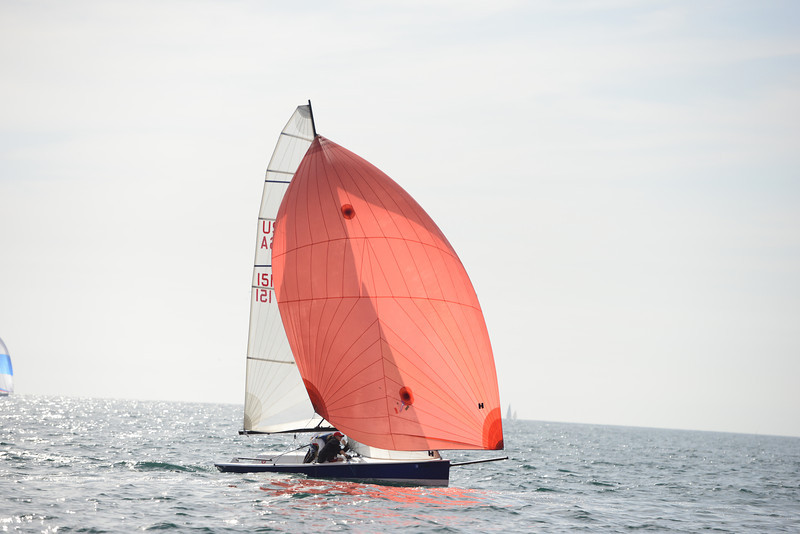