Jay Golison, Steve Flam, and Eric Doyle from the host Alamitos Bay Yacht Club (Long Beach, CA) sit atop the leader board after the first three races of the Goslings 2019 Viper 640 World Championship. With a scoreline of 1-2-6, Golison and team with nine points are a slim four points ahead of 2017 Viper 640 North American champions Marcus Eagan, Andrew Eagan, and Jackson Benvenutti who rolled a 5-1-7. From there, the scores drop to the twenties with three boats tied for third with 20 points and a slim 7 points separating third from tenth. 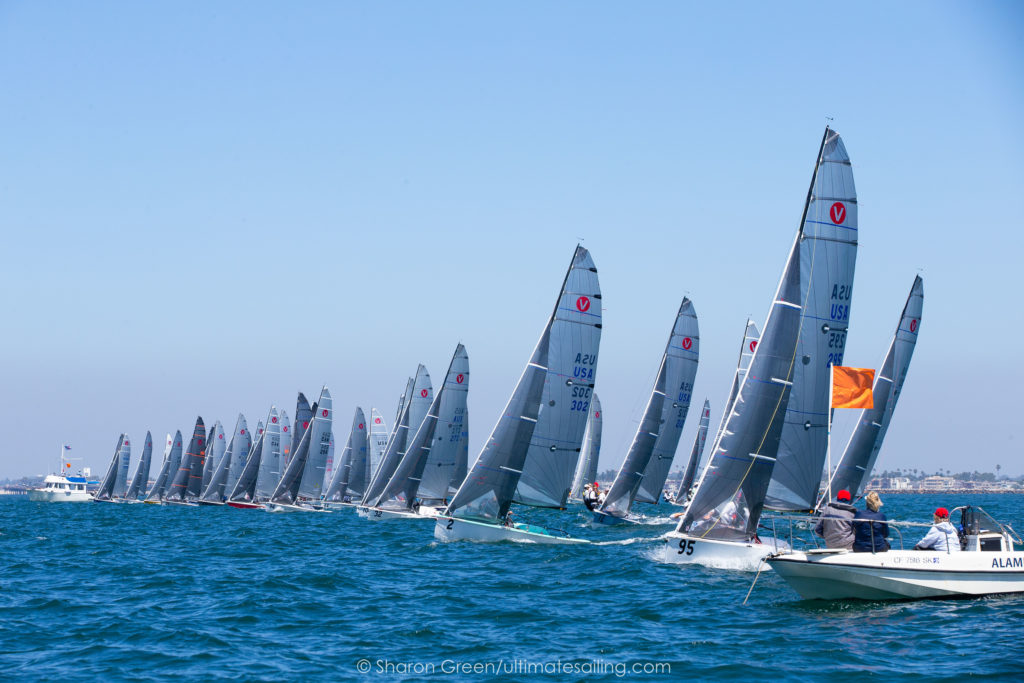 Golison noted that he won the favored pin end of the line all three races and was able to sail his own race. Eagan said, “We sailed conservatively, starting mid-line, and worked on our fleet management. The left paid out the first race and the first windward leg of the second race, but after that you had to stay right as the wind picked up from eight knots to fifteen.” 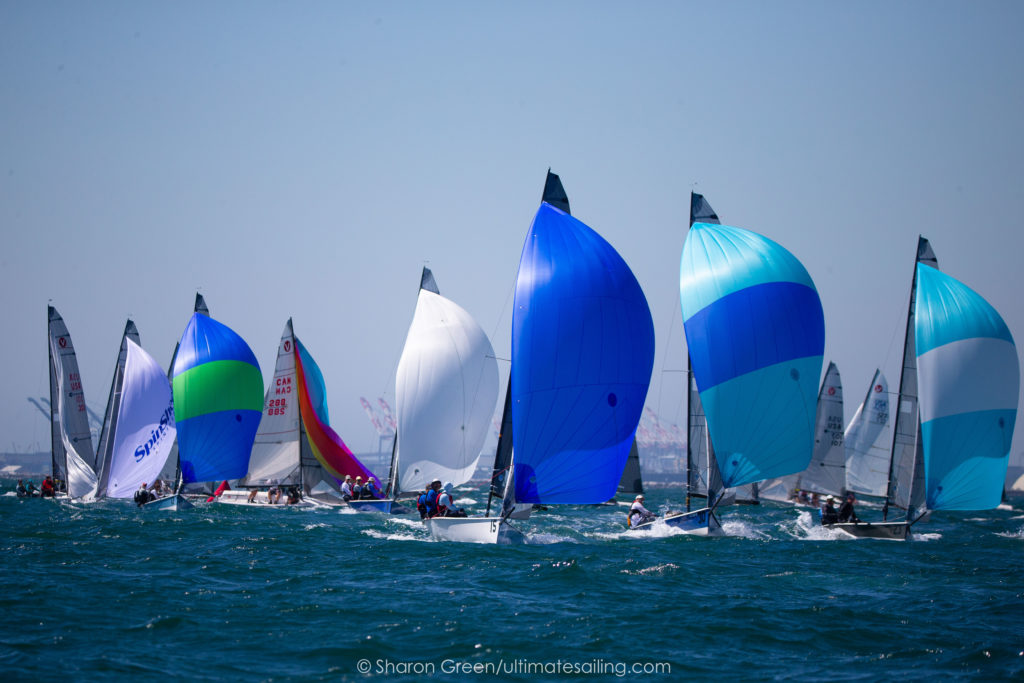 Leading a three-way tie for third with 20 points and having won the last race, Peter & Rachel Beardsley, Jay Rhame and Simon Karstoft Jensen sailing found that having the extra weight of sailing four-up allowed them to go fast upwind once the wind picked-up. “The hardest part of the course,” Beardsley noted, “was the bottom of the second beat when all the boat wakes made the existing chop even harder to sail through. With our crew weight, we were able to crack sheets a bit, go bow down, and power through the chop.” 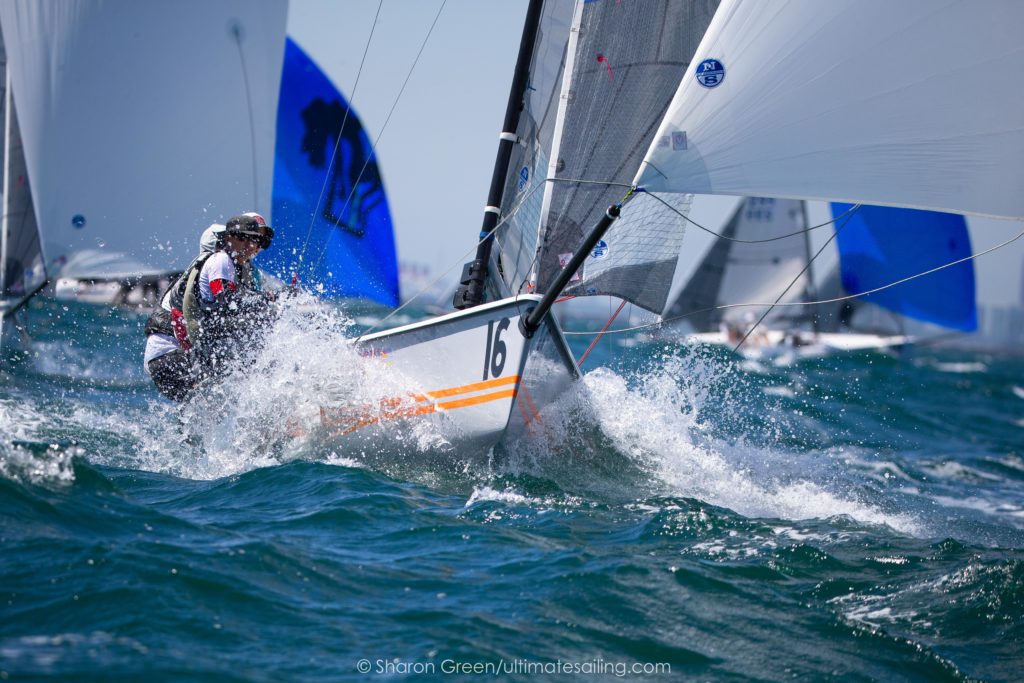 Beardsley/Rhame powering through the chop downwind.

Event Chair Ed “Spot” Spotskey said, “Day 1 of sailing, unlike the practice races. brought us perfect Long Beach sailing conditions (10-18 knots), which is why people come here to run international championship regattas.” Spotskey and his team of over 50 volunteers have been putting on a world-class regatta for the 42 Viper 640 sportboats competing. Sailors have come to Long Beach from across the U.S., Canada, Australia, England, and South Africa. 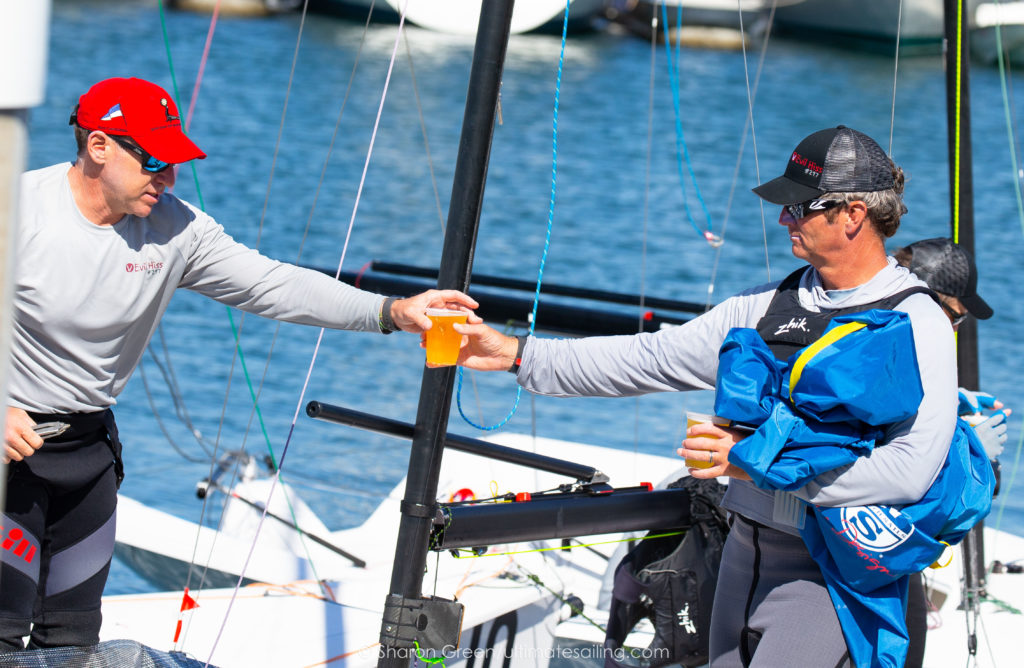