So there we were, having dinner in a quaint Italian town, and a regatta broke out…
Riva Del Garda: The Ora, Vino Rosso, The Falmouth Four, Ted the Marsupial and the first Viper European Championships

Twenty three Vipers and K6s descended on the utterly charming town of Riva Del Garda for the Euro Cup hosted by the Italian yacht club, Fraglia Vela Riva between June 22 and 26.

This event without a shadow of doubt enters the bucket list of international Viper events that every Viper owner should try and do at least once in their lifetime. The sailing is “magnificent.”  It is sailing that simply does not exist anywhere else in the world. Typically the lake is calm in the morning but, by midday, the high plains to the north of Garda have heated up and convection starts to suck the cool air up the lake between the high mountains that plunge in vertical cliffs to the lake shore. This convection breeze is called the Ora by the locals. It is so reliable in June that you can almost set your watch to it. At 1230 the Ora starts blowing at 18 to 25 knots out of the South and at 1255 pm, the Race committee sounds the warning signal.  We had 5 days of racing in incredible champagne conditions! The lake is over 600 feet deep providing a perfectly spaced mild wave pattern, so that surfing downwind in fresh water spray, hurtling through stunning scenery, provides some of the best sleigh rides that can be had any place anytime in a Viper. The sides of the lake are so vertical that the wind perfectly follows the contours of lake leaving no wind shadows. Upwind we were tacking within half a boat length of the cliffs in closely-fought tacking duels seeking the final veer off the headland. 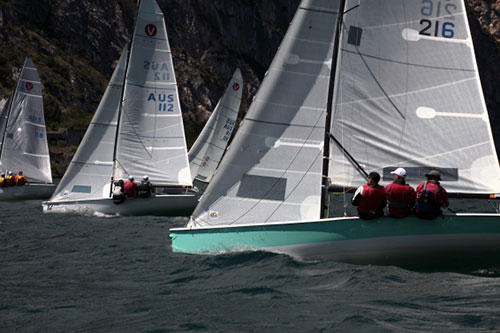 Talk about a lee shore! 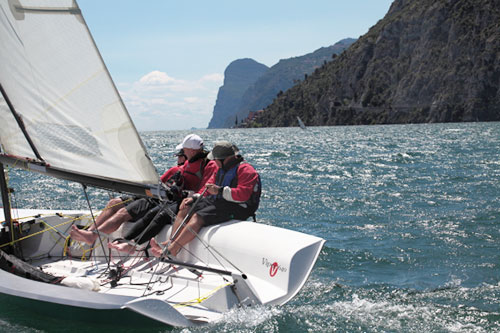 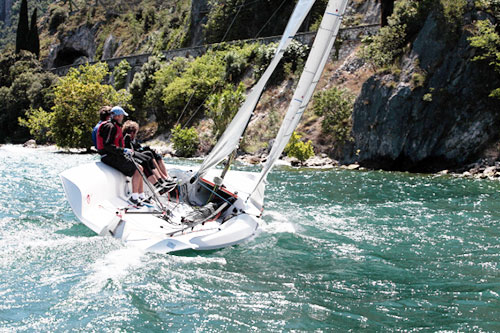 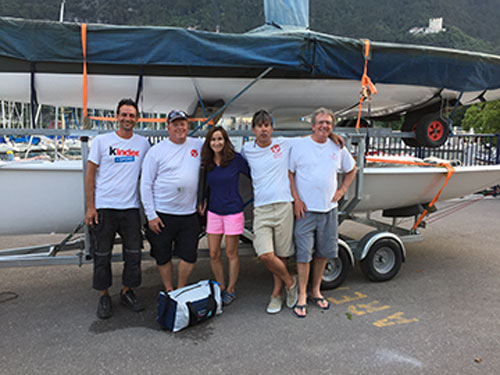 The sailing on its own is simply awesome. But Garda is about so much more than the sailing.

At 1630 pm sharp, after three races, the RC sent the fleet in to moor stern to in the beautiful harbor of Riva del Garda. We stepped off the transoms of our boats into an Italian medieval town with a moated castle, alley ways full of restaurants and revelers, and squares with musicians and gelato. Rive del Garda has a vibe like no other regatta site that you will visit. With no start until 1300 the next day……the night was always young , the food was brilliant, and the wine plentiful. This was a GASTRONOMIC REGATTA! This is a place to bring your loved ones as well as your sailing teams.  Around every corner we found a gathering of candle lit tables where Mama was cooking and her sons were the waiters. We ate at different restaurants every evening and sometimes more than one! Aperitifs and antipasto at the first restaurant, primo and secondo at another restaurant, and then after wandering around the old town it was hard to resist dolce and gelato from an alley way kiosk. The sailing and the food was accompanied by generous servings of truly good Tuscan wine. 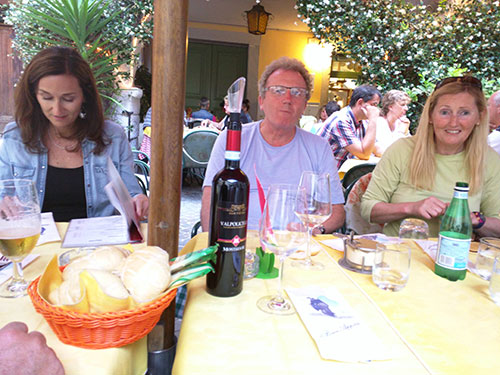 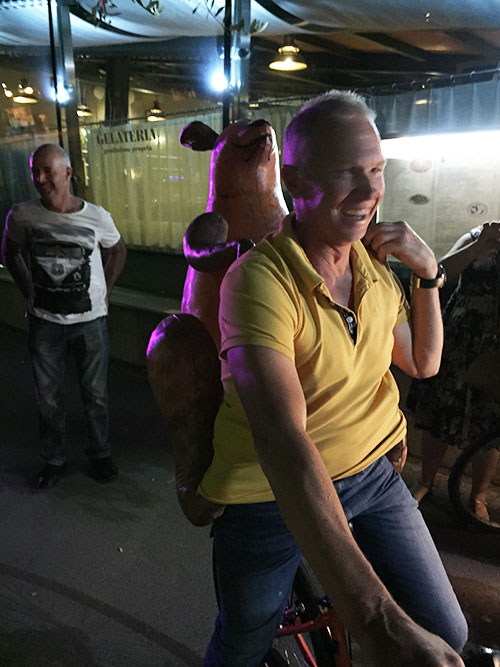 Grahame Monkhouse with Ted the Marsupial 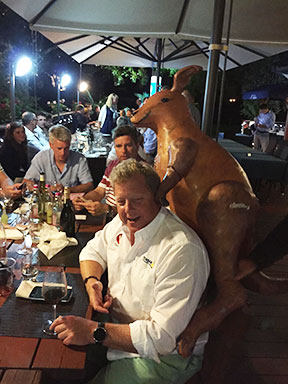 Dan Tucker had a thing for Ted, too.

The Viper teams came from three continents and demonstrated three different approaches to high wind sailing. The Australians sailed with tight rigs and relatively eased mainsails upwind. The US boats sailed with tight rigs and tighter mainsheets and played a lot of vang tension. The British boats sailed with less rig tension allowing the top of the rig to depower in puffs and actively played the jib sheets. All three approaches worked and the racing was extremely close with frequent lead changes among three generations of boats ranging from a 1998 Mark 1 Viper to a brand new Rondar boat that was literally delivered on the first day of the regatta. Both boats led the fleet at different stages of racing.  Two teams gradually emerged from the pack.  The “Falmouth Four” consisted of Duncan Adams, Chris Brown, Liam Green and Ryan Bernicoat from Falmouth in Cornwall. This was their first international Viper event and they showed that three years of sailing IRC handicap racing in the big winds of Cornwall had given them some very consistent big breeze boat handling and boat speed. They were deserving winners of the first Viper European championship. In second was Rod Beurteaux and the Australian team of  Jon Subbs and Kim Leunig of “Don’t Forget Alice” who are regular participants on the international Viper circuit. In third place was the US/GBR team of Mambo Kings skippered by Justin Scott with a mélange of team members that included Mike Steele, Paul Young, Giles Chipperfield, John Park, and Karen (who was drafted from a bar in the old town after Paul Young had to withdraw for medical reasons and Karen confessed to having sailed Fireballs in her youth). Rod Beurteaux and Justin Scott have both completed in five out of seven events that comprise the EFG International events. They are both in a race to see who can complete all seven events from around the world. Justin has to find a boat to sail in Australia. Rod has to race at Newport. They both need to sail in Cowes week and Bermuda will be added to the circuit in 2016. 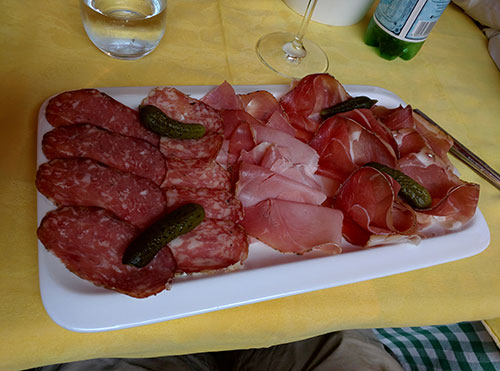 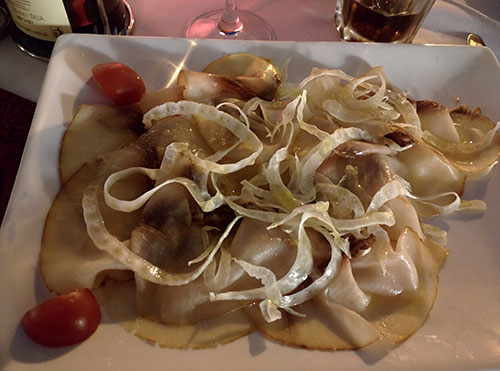 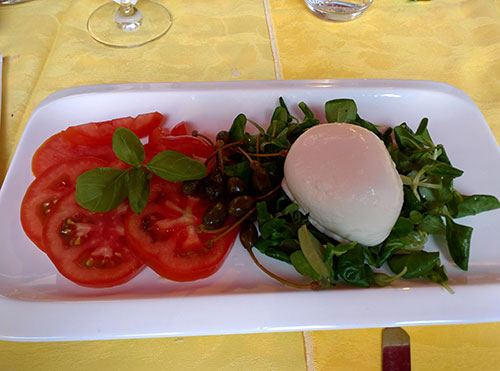 The Australian team was led by their ambassador Ted the Marsupial, who made appearances at the dock, at restaurants and was even seen riding on a bike behind Graham Monkhouse in town. On the final evening before departure the K6 and Viper fleet had a joint dinner with a toast from the K6 fleet and a response from the Australian Viper teams. The K6 fleet handed out an award for cultural insensitivity to a Brit who made some insensitive remarks about Australian refreshment habits and a bottle of prosecco for the birthday of one of their fleet members. The Australian response was reminiscent of Crocodile Dundee, “You call that a bottle?   That’s not a bottle….this is a bottle!” and handed out a Jeroboam of Prosecco for the birthday of one of their fleet members. Roast followed roast and both fleets agreed that we looked forward to sailing in a combined event again soon.