Viper Sailing on the Gulf Coast

The Wadewitz Regatta, held on September 25-26 and hosted by Fairhope (AL) Yacht Club, brought twelve Capdevielle Vipers and one Open Viper to the waters of Mobile Bay. Conditions for the event ranged from miserable and challenging (at least from the PRO’s point-of-view) to some really competitive sailing on the bay. Three races were conducted on Saturday but only one on Sunday due to a dying breeze. Buccaneer Yacht Club won the event, followed by Pensacola and Southern yachts clubs who took second and third places, respectively. The highlight of the weekend was GYA Past Commodore Harry Chapman (Bay Waveland Yacht Club), at 89-years-young, steering his first Viper event, with crew Clinton Edwards and Mary Ellen Edwards. Commodore Chapman, it is believed, is the only skipper to steer in a Capdevielle competition in all three Capdeville boats – the Fish Class sloop, the Flying Scot, and now the Viper 640. Great job Commodore Chapman! 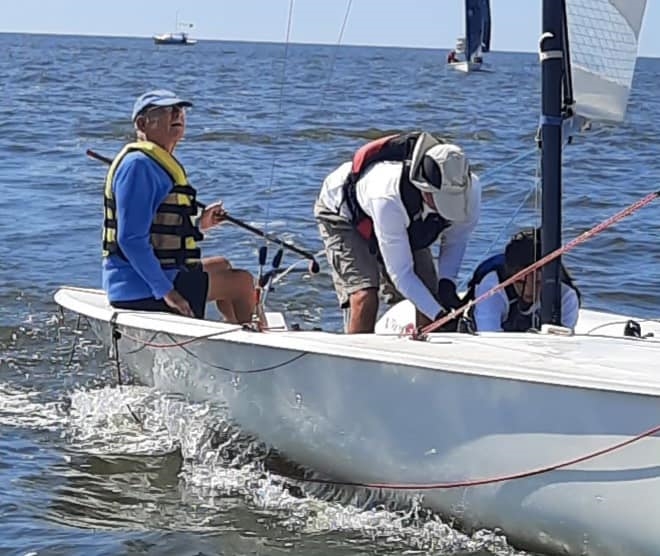 GYA Past Commodore Harry Chapman driving a Viper at 89!