During its regular meeting on April 1, 2019, the North American Executive Committee of the International Viper 640 Class association voted in favor of two yacht club proposals to host upcoming North American Championships for the Class.

The Class awarded the 2020 Viper 640 North Americans to the Noroton Yacht Club, Darien, CT, to be sailed October 15-19 on the Long Island Sound. Noroton, with its stunning new clubhouse, hosted the 2018 Viper 640 New England Championship reaffirming that the club’s reputation for excellent race management, racer-friendly facilities, and gracious hospitality were well merited. It is anticipated that as many as 60 of the 21-foot sport boats will compete at Noroton with teams coming from across the U.S. and Canada as well as Bermuda, the UK, Australia, Spain, and South Africa.

“The Viper 640 sailors from Noroton Yacht Club and the surrounding fleets are thrilled that the 2020 North Americans will be at our club,” said Viper International Chairman and Noroton Yacht Club event chair Justin Scott. “We hosted an exceptional New England Championship last year and look to build upon the success of that event. Importantly, in addition to enjoying excellent racing, the camaraderie and fellowship that comes along with any Viper regatta will be clearly evident next October at Noroton.”

Joining the Noroton Yacht Club in hosting this event will be title sponsor LiveTiles. LiveTiles is a leading intelligent

workplace software company headquartered in New York City and global locations in the USA, Europe and Australasia. In 2018 LiveTiles’ intelligent workplace solutions garnered the Alconics “Best Application of AI in the Enterprise” award and the overall winner of Microsoft’s “Modern Workplace Transformation” award. LiveTiles serves over 600 customers and annualized subscription revenues are growing at 275% per annum at the end of 2018. 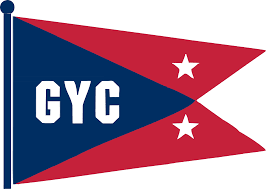 The Viper Class Executive awarded its 2021 North American Championship to Gulfport Yacht Club, Gulfport, MS. A leading member of the Gulf Yachting Association, Gulfport Yacht Club has a long-running history of hosting world-class championship regattas. Racing will be on the Mississippi Sound in an area of the Gulf of Mexico protected by a barrier island. This will provide the competitors ideal conditions for racing these high-performance sport boats. And, with the Viper 640 recently having been designated as the GYA’s Capdevielle interclub boat, there will likely be over 30 Vipers from the region competing to be joined by scores of competitors from across North American and internationally.

Gulfport Yacht Club Sailing Director Sam Vasquez noted, “We are excited to have the Viper NAs back in the South for the second time; and we’re particularly thrilled at the opportunity to host the first Viper Junior NAs. We have been making a concerted effort to get area junior sailors into the Viper, in addition to the GYA’s Junior Lipton Championship, including taking two Vipers sailed by juniors to last March’s Bacardi Invitational Regatta in Miami. This will be a great event!”

The 2021 Championship will be scheduled in mid-October and will be joined by the Class’ first Viper 640 Junior North American Championship.