May 8-9 was a pretty nice weekend in Annapolis. Eleven Vipers on the line. The fleet opted to only sail Saturday-Sunday, which we all felt smart about after a gale blew through on Friday and the RC canceled Friday racing early in the morning. The high winds were a reminder to always tie your Viper to the trailer at all times, as one boat blew off its trailer and suffered the dreaded trailer fender fang bite. Luckily it was repaired in time to race Saturday morning.

Saturday morning started with puffs into the high teens and maybe even a few puffs into the low 20s. Some Vipers were shaking off the cobwebs after minimal one-design racing in 2020, and took a bit longer to rig and launch (the RC moving the start time up to 10 am probably didn’t help either, although it did allow for more racing). Those who cut the shoal poles in Annapolis and found the mud to the west of Greenbury Point also didn’t do themselves any favors, and several Vipers started Race 1 late.

Tyler Moore, Vir Menon and Javier Rotger (below in the lead) put on a clinic on Day 1, winning the first four races, often coming from behind downwind to pass teams on the runs. Austin Powers took the helm on Evil Hiss on Day 1 for Mary Ewenson, with Mary manning the front and Carl Smit holding down the middl. Six different teams finished at least one race in the top-3 in the puffy, shifty NNW breeze. The wind dropped a bit as the day went on but still allowed for planing conditions in all races, especially if you could find a thin but long puff to allow for big passes downwind. No lead was safe on Saturday! Post racing, the Vipers gathered in the drysail area at Eastport YC with regatta beers from Anchor Brewing Company and compared notes on the day. An inspection of Dailey Tipton’s boat led to Dailey shortening his headstay by two inches, which helped a lot (more on that shortly). 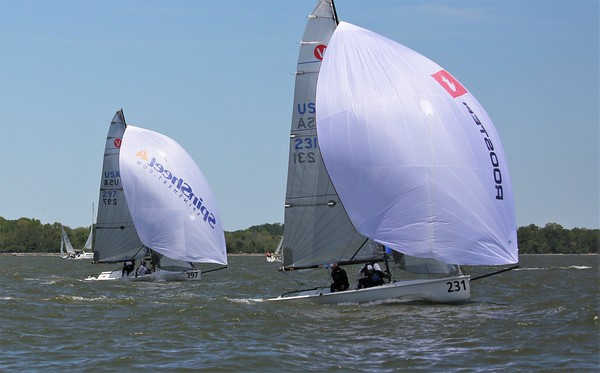 Sunday had a sunnier, warmer SSW breeze in the low teens with more planing conditions. Mary Ewenson took the helm on Sunday, much to the joy of everyone on the Chesapeake Bay, but it was Dailey Tipton in Race 6 with his newly shortened headstay finding the upwind pace that eluded him on Saturday, being first around the weather mark. Dailey was unable to hold on, as Mary and Evil Hiss sailed around the fleet on the left side of the course on the second beat, and extended down the run for a bullet for the team on Viper 297. Brothers Scott and Ron Steele from Annapolis won the final race in their first regatta in the Viper, using 2011 Doyle Sails on Viper 157. The team knows the Bay well, and Scott won a silver medal for Team USA in the 1984 Olympics in windsurfing, so we expect them to become a force in the Class as they learn the boat. They showed plenty of speed and smarts over the weekend.

Team Great Scott! (Peter & Rachel Beardsley and Jay Rhame) had the fewest points in the fleet over the final five races of the regatta to move up to second overall but couldn’t catch Moore’s Big Rooster for the title. Evil Hiss placed third, just two points ahead of Hamptonites Peter Ill and Henry Amthor. The fleet is looking forward to a few more Vipers joining the fray in three weeks for ACCs in a more intimate setting. 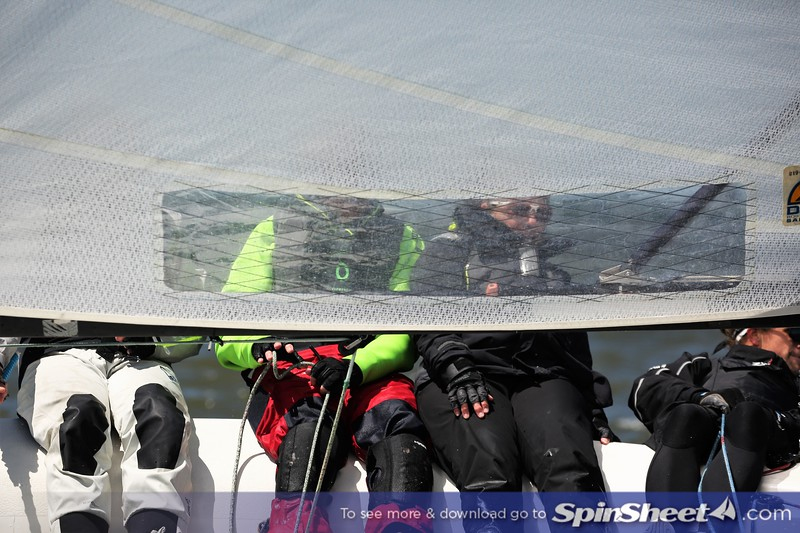 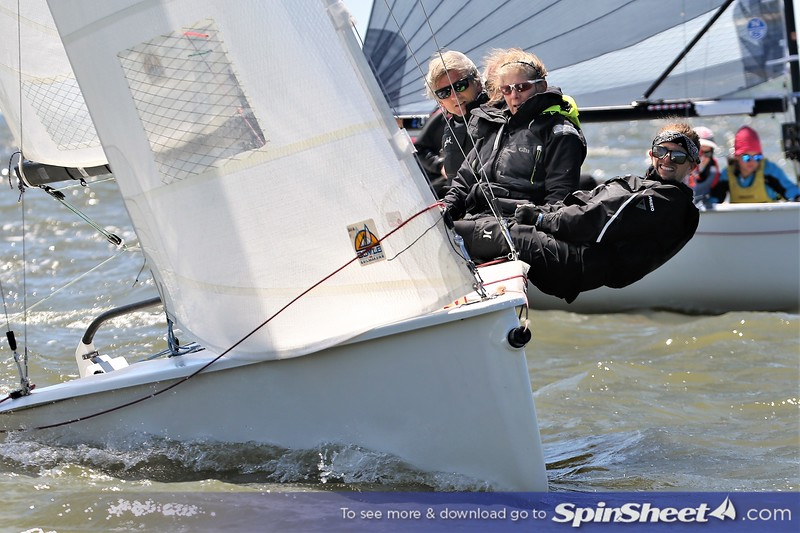