The battle for second came down to the final race, with Long Beach-based SNAKE EYES tied on points with John Leyland’s MOISTENED BINT team from Vancouver, British Columbia. New owner Trevor DiMarco’s youthful team on TIMELINE did their best to insert themselves into the battle, rounding the first two marks in the lead, with several teams jockeying for position and trading places in the shifty, puffy mountain winds that built in strength over the weekend, allowing for planing conditions on Sunday. Ultimately, COBRA passed the pack halfway up the final beat on a right shift, and SNAKE EYES was able to stay ahead of MOISTENED BINT to round out the podium places. Six teams managed at least one top three finish in the five-race series, and the fleet hopes to return to the Pacific Northwest for the PCCs in 2017 on the infamous Columbia River Gorge. 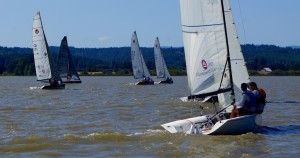 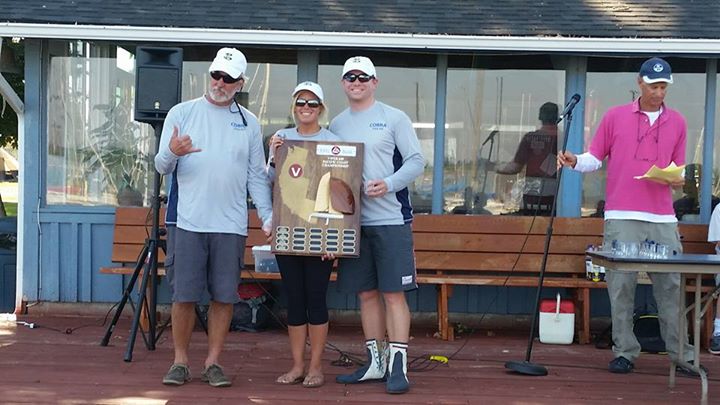