Sailing in Annapolis in August is always challenging. Plug in the passing of a tropical depression and the current pandemic, and the conditions are properly difficult.

The one out-of-town team that came for the Annapolis NOOD was Tyler and Jane Moore’s “Big Rooster” with Hampton native turned Annapolitan Austin Powers and his girlfriend Kayla Harper. The remainder of the fleet was made up of the local Annapolis gang.

Over the span of three days. the Vipers were treated to 10 races in a range of conditions.

Friday was generally light to moderate and had a massive range of wind directions as the weather tried to play tricks on the race committee. With the fleet set up off Greenbury Point, the breeze oscillated from the Severn River to the Bay. The fleet was very mixed with everyone having challenges getting the shifts right. At the end of the day and after four races, Mary Ewenson, sailing with husband Geoff and Carl Smit, held a slight lead over the Big Rooster, and the third spot was held by Arnie Brown and his team.

Saturday was a very different day, and the forecast of passing storms and immense amounts of rain made some in the fleet question the logic of going out at all. After some discussion, and the realization that fun is had in different ways by different people, fewer boats ventured out to the racecourse. The day turned out to be far less wet and miserable than predicted, and the Big Rooster put on a clinic winning all three races on the day. Behind them the fleet was tight. The Annapolis fleet has been very active this season, learning each time they go out, and the NOOD was a great way to put some of those lessons to the test.

Sunday dawned a bright sunny day, and the attitude among the fleet was great. Amazing what a clear sky can do! 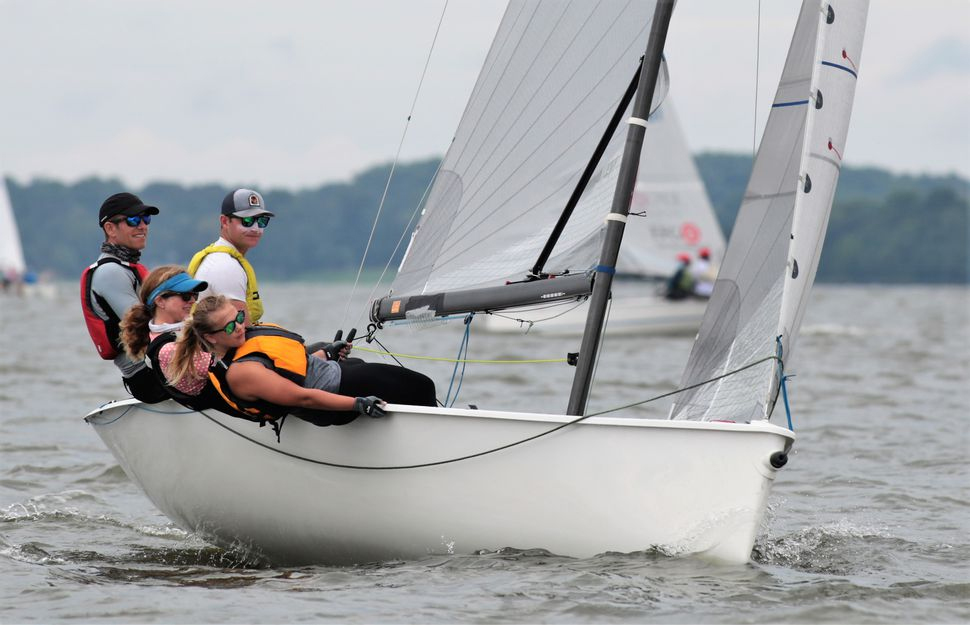 With a bit of work left to do, Mary Ewenson, well rested from  a day ashore Saturday, came on strong to try to challenge the Big Rooster team and reclaim glory. Unfortunately, the time on the water from Saturday helped the Roosters gel, and the Ewenson team was unable to beat them in any races on Sunday. It was a back and forth in each of the races, but in the end, the Big Rooster led across the finish line in each of the final three races. Once again, the fleet was very tight and the margins for error were nil. A missed cross or a bad shift meant the difference in a podium spot or not. 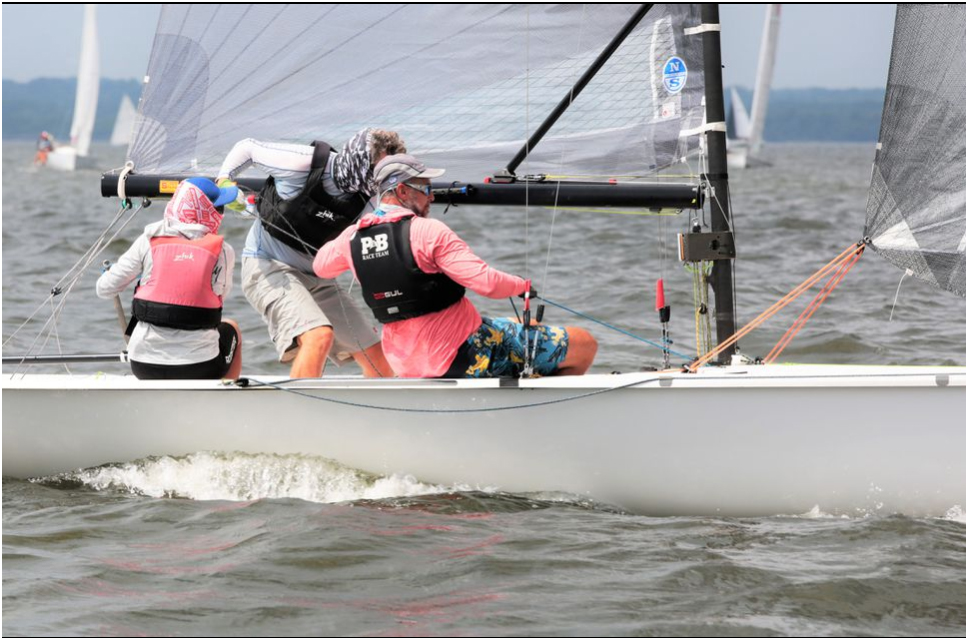 Final results had Big Rooster dominating the event and taking home the top place. Mary Ewenson clawed her way back to second place after Bill Vickers and his up-and-coming team of Chip Steiner and Jim Lodico were forced to retire in the last race after a mishap with a rounding. Third place, after a three-way tie, was taken by Walt Pletcher sailing with his wife Tricia and Jackie Morrison for the first day and Carter Cameron for the second and third after Carter’s boat had to withdraw from the regatta due to damage sustained in a collision.

The real story for the NOOD is just how close the racing is among the group and how it bodes for the growth of the fleet in the future. Each and every team that raced had at least one top three finish! Everyone commented on how much they felt they had improved over the season and how this was a chance to put that all together. 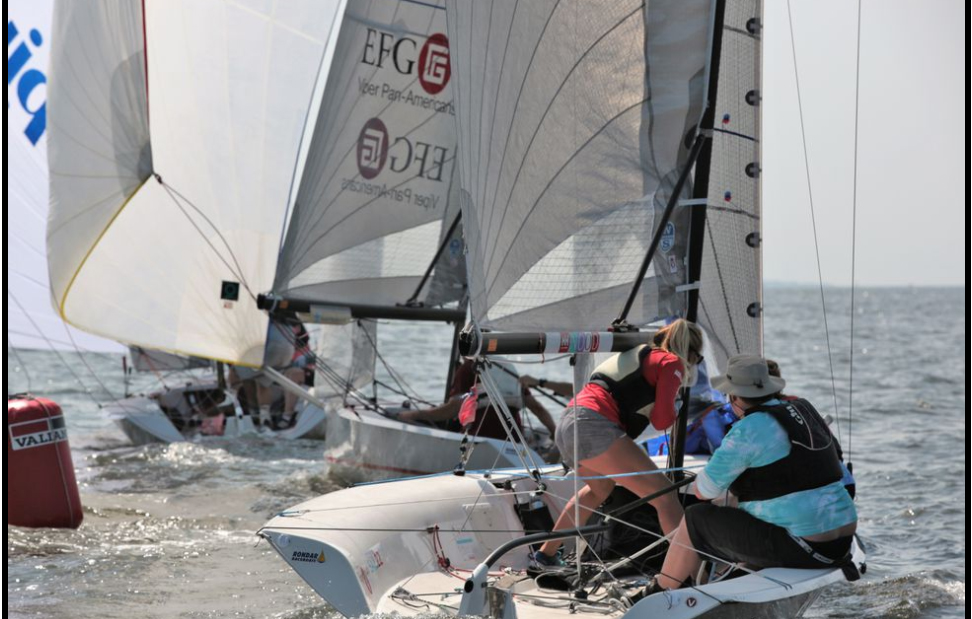 There were some incidents on the water where folks got a bit close, but that is a good sign of how competitive the group is becoming, and there were no unanswered fouls! All the incidents were remedied on the water without the need to bring in a protest committee. When people were wrong, they spun their circles without much of any discussion! I know this, because in the only race I drove, I got too punchy at a leeward mark and missed the cross of a starboard tack inside boat. I got tagged, and we spun our 720 without any discussion between the boats! Not sure Mary is going to let me drive again any time soon!

Today’s emails among some in the fleet are a testament to what we are doing here in Annapolis:

From Daliey Tipton – “I can honestly say, I have never felt so good after a regatta. On my big boats, I always felt OK, but after the drama of everything that went with the boat and crew (8+ or 12+), my sailing “happiness” was always impacted by “something” related to other than sailing. Today my thoughts are: It is fantastic! Did we win – no. Did we compete – yes. Was it fun – yes! Was the sailing great – yes!! Was everyone cool – YES!!!!! Buoy racing in these little sleds is very much the best sailing I have had on the Bay in 20 years. I am ready to go again. Thanks to you all for helping us get going and now going a bit faster.”

From Tricia Pletcher– “I am ever the optimist. I wish to thank you all for a great time out on the water. Covid did not suck everything out of us. I am grateful for having so much fun, meeting new people, people behaving is such a kind way (thank you Arnie!!). I really love this class.”

The MidAtlantic Viper fleet is persevering and having fun sailing and racing. The Vipers are a great boat for the bay and folks are noticing how much fun this group is having!