Off & Running in New Orleans with Winter Series #1

The 2022-23 Winter Series is being sailed in New Orleans to help get everyone positioned for the 2023 Worlds.  There’s something to be said for learning about the venue in advance of a major event, and in the case of extended time in New Orleans, acclimating yourself to the local social scene. This can be particularly helpful so that you get out of your system all of the rookie tourist moves prior to the main event. 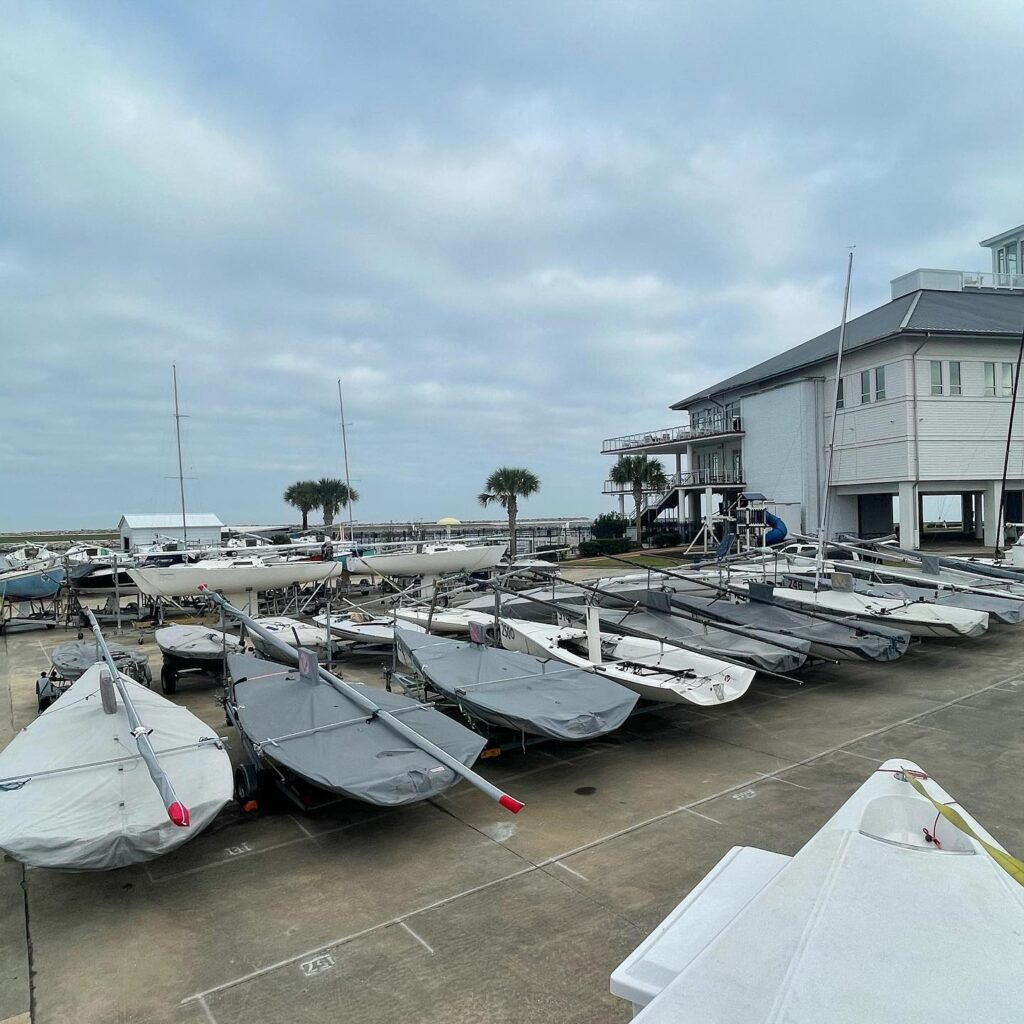 That being said, those rookie tourist moves were in full force in the French Quarter for large portions of the SYC Winter Series #1 out-of-town guests. They enjoyed live music on Frenchman Street, crashed weddings, picked beads off the street on Bourbon Street, and discovered how many Hurricanes it takes to feel fuzzy in the morning.  And of course, it’s a great excuse to sail in warmer weather, with competitors donning shorts in the 70-degree sun on Lake Pontchartrain on Saturday. 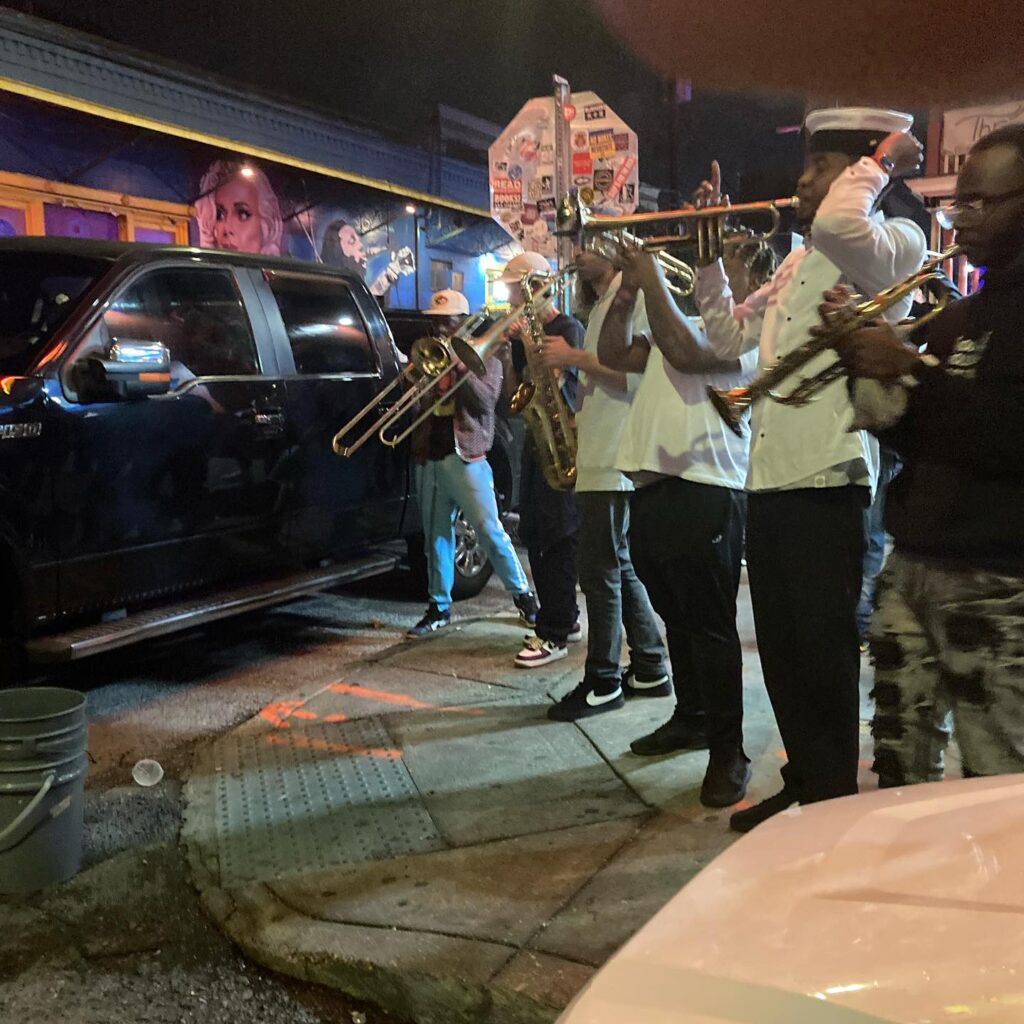 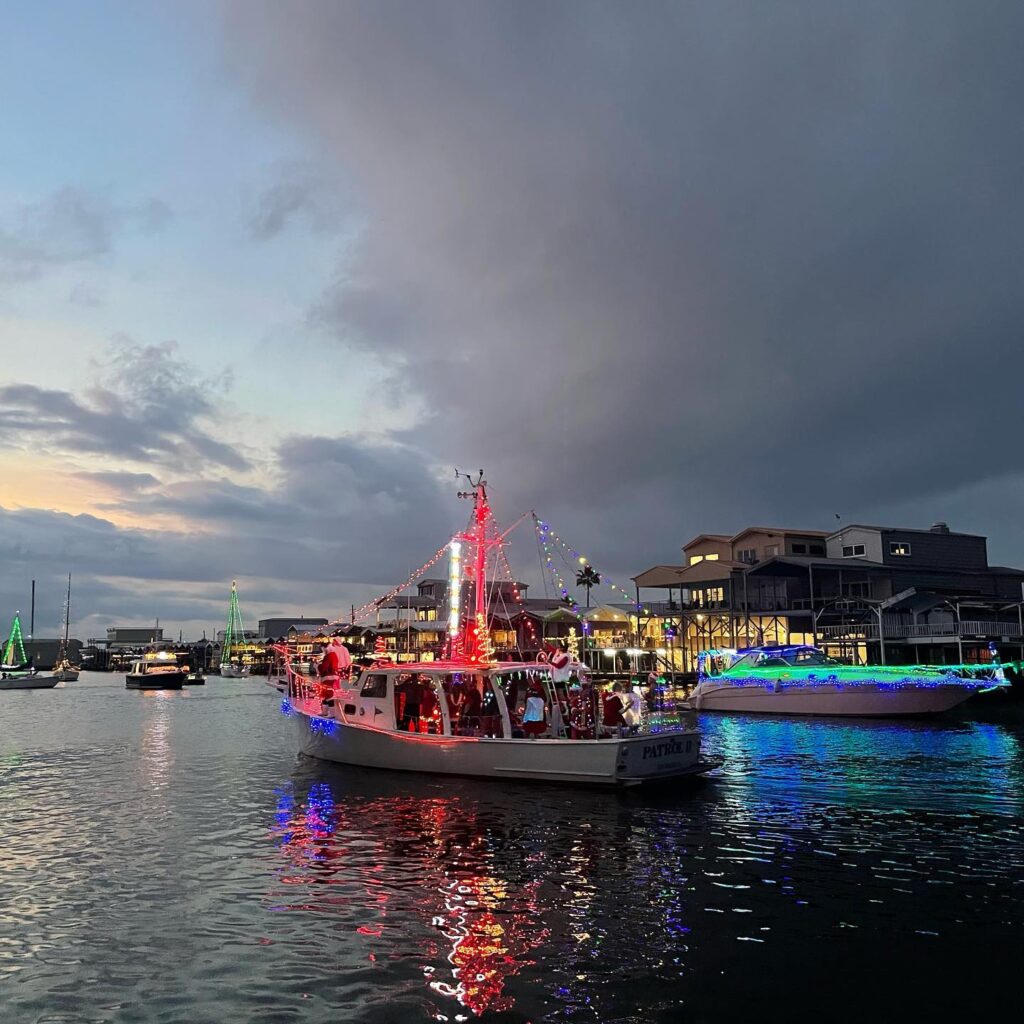 Along the way there was some sailing, with 3 races in 4-7 knots of wind on Saturday, with a fourth race abandoned due to a misplaced mark (it wasn’t just the sailors working out the kinks).  Although the wind was on the lighter side, it was easily sailable the entire time, especially in a Viper.  This was noteworthy since neither the J70s nor the Etchells were able to complete a single race the past two weekends for their inaugural winter series events in Tampa and Miami.

Race 1 went to the locals on Rigamaroo, skippered by Patrick Ryan when they correctly picked the left side of the second beat to pass Class stalwarts Jay Rhame and Peter Beardsley, who were doublehanding due to flight miscues that forced reigning Women’s NA Champ and regular forward crew Rachel Beardsley to suffer through a cold weekend in New York. Race 2 went to the Rhame/Beardsley duo, with Jimmy Praley finishing a strong second with his new pink spreaders and retuned boat. Praley was also leading the original Race 3 before it was abandoned.

Although no one knew it at the time, the resailed third race ended-up being for all of the marbles due to bad weather on Sunday. Team Z found their form to lead wire-to-wire. Rhame and Beardsley began to suffer upwind as the breeze built, traveling half a knot slower than the top of the fleet and rounding the final weather mark in fifth.  Their lighter weight and experience downwind allowed them to pass several boats, and a photo finish with Rigamaroo went to Great Scott by half a length, turning what would have been the losing end of a tiebreaker into a 2-boat lead heading into Sunday.

Event chairs Ricky Welch and Harrison Menzer, possibly the two youngest regatta event chairs in Class history (we think they’re old enough to drink from the keg provided for the post-race debrief but we didn’t check) pulled together a debrief led by the day’s race winners after which the fleet then scattered to the aforementioned downtown shenanigans.

Sunday morning, a visibly tired group arrived to Southern Yacht Club in pouring rain, gusts into the low 20s and scattered thunderstorms. With a clearing not forecasted until close to the cut-time, a fleet vote decided to end the regatta early. The out-of-towners worked to could get earlier flights home and packed, with their gear, the newly learned lessons on how to brave Bourbon Street for future events.  Prizes for the top three teams were bar tabs at Southern Yacht Club, which were gratefully accepted but not cashed post-race on Sunday – thankfully the balance will remain on guest cards through the end of the Worlds.