As reported by Steve Chapman

This past weekend was the final regatta of three weekends of the Sarasota Winter Series. This last event saw 14 Vipers sailing in great weather. The arrival of a cold front Saturday morning couldn’t keep the heat out of the sailing. With racing starting in 14 kts. and gusting to 18 kts., everyone had a chance to hike hard and have fun downwind. The wind eased all afternoon with the 4th race of the day raced in light 4-6 kts. It was all about shifting gears and adapting to the changing conditions all afternoon. Team Great Scott! (Peter & Rachel Beardsley with Jay Rhame) finished the day in the lead with an impressive 1-2-1-6, followed closely by Team Caterpillar (Peter Ill, Austin Powers, Alec Chicoine, and Abby Lockler, 6-3-3-2). 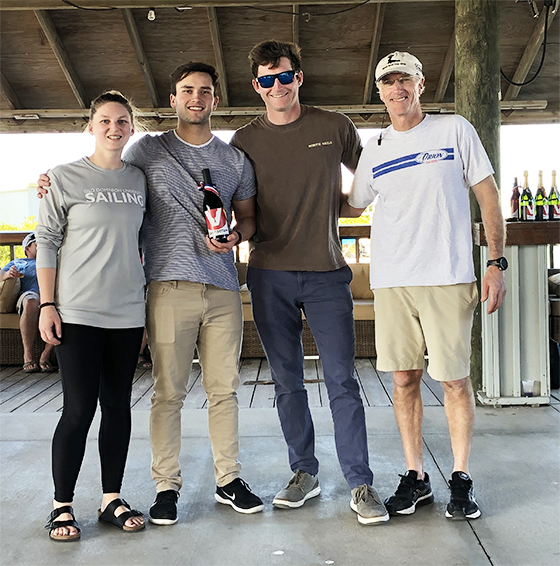 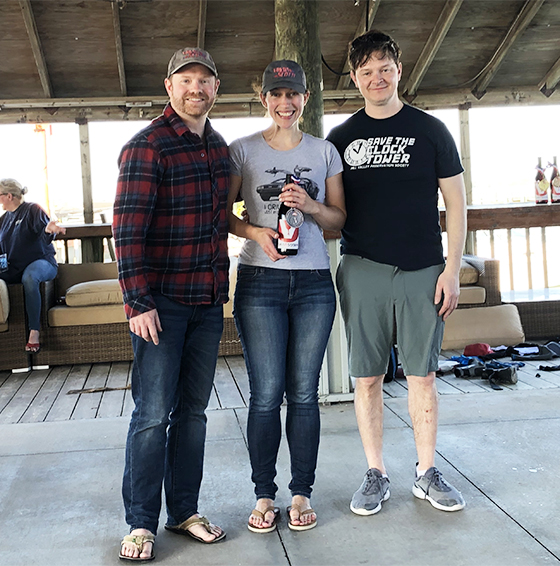 The North Debrief followed (thanks to ) as well as the traditional Saturday night sailors’ dinner. 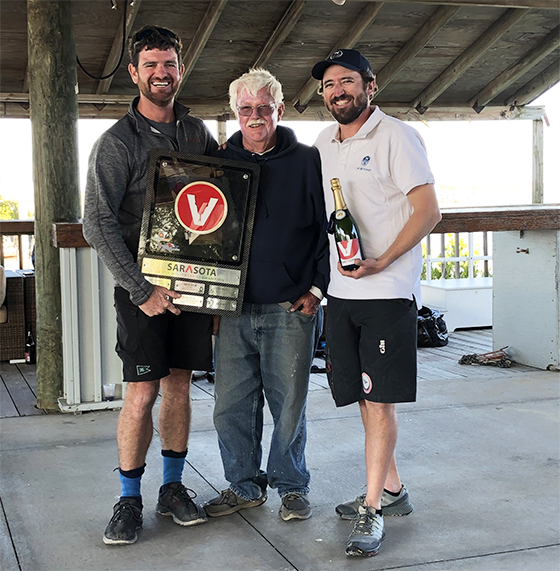 Series overall winner Jackson Benvenutti (r) with Jan Majer and PRO Ron Pletsch. Not seen are Chris Morgan and Jessie Fielding and Nick Ward who sailed with Jackson on earlier weekends this series.

Sunday’s pessimistic forecast models missed the mark in a good way as we were greeted with fine 10-14 kt. winds while sailing to the racecourse which increased steadily to a puffy 18 gusting 25 kts. with blue sky and warm 75º sunshine. This was some of the most exciting sailing we have had this series, with downwind speeds in the 15kt. range. Lots of excitement at the leeward gate as well as a few broaches for some crews made for a wet and wild afternoon, with no shortage of big grins at the dock after racing. 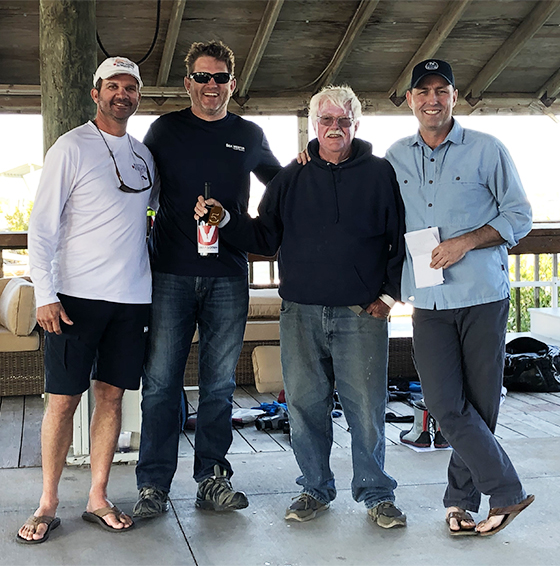 The overall Winter Series was contested by 19 boats. Congratulations go to the overall series winner Jackson Benvenutti (296, Team Psycho Tiller, 48 pts), second place Peter Beardsley (269, Team Great Scott!, 54 pts) and third place claimed by Peter Ill with 63 pts. Many thanks to Travis Yates, the Sarasota Sailing Squadron, and all of the volunteers who helped out this year.