Friday evening, at the end of the second of four days of racing, points leader Mark Zagol said, “Looking at tomorrow, we want to see how we stack-up in the big breeze that is forecast to start tonight. And, of course, we’re looking forward to the down winds.” Mark got his wish in more ways than one. After two relatively light-air days, Saturday’s Day 3 forecast called for winds from the east in the high teens with significant gusts and then building to the low-to-mid 20 knot range.

When the competitors arrived at Noroton Yacht Club (Darien, CT), winds were as forecast in the high teens and the overnight easterly had generated steep and close three-to-five-foot breaking wave sets across Long Island Sound. The first planned race of the day got off on time at 1100 as the winds and wave height continued to increase. Boats were sailing into the current upwind reporting COGs around six knots, but when they turned downwind, the speedos were showing average speeds around 15+ knots with surges well above 17-18 knots…some reporting hitting 20 knots. Mark Zagol got his wish for some exciting downwind sailing as he finished the race in second behind six-time Viper 640 North American Champion Brad Boston. 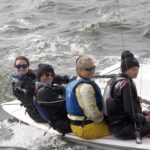 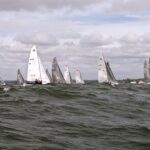 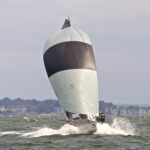 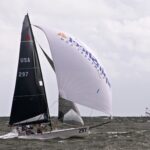 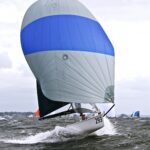 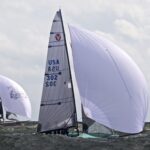 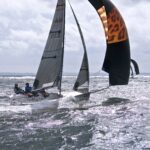 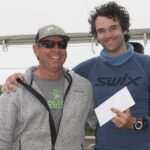 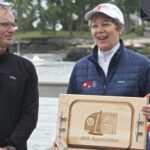 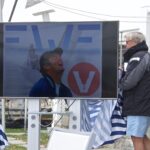 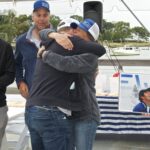 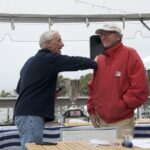 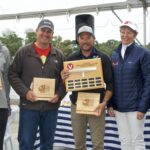 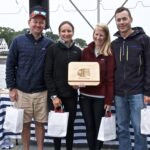 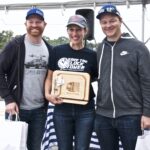 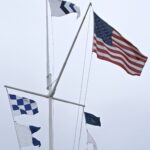 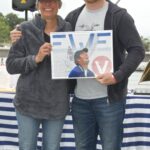 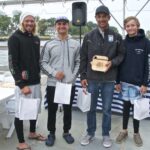 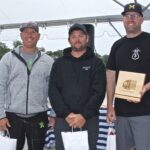 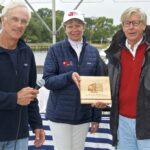 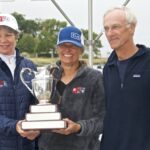 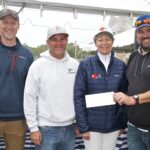 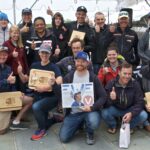 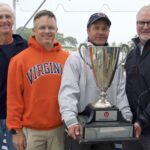 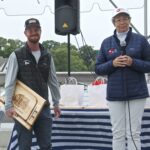 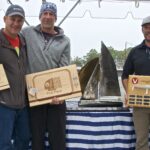 It was about the time that Brad and Mark cross the finish line that a particular puff hit the north side of the course simultaneously knocking over four boats that were mid-fleet. With all the available safety resources absorbed in assisting those boats, and with the wind speed and sea state continuing to worsen, PRO Sandy Grosvenor cancelled any further sailing for the day.

The boats returned to shore. It turned out that Saturday morning’s Race 7 would be the final race of the Championship as Sunday morning’s conditions had only worsened. Those conditions lead to Sunday’s final day of racing being cancelled – November over Alpha flew briskly from the Noroton Yacht Club flagpole.

In the end, Mark Zagol, Tim Desmond, and Drew Buttner were able to maintain their lead finishing with 16 points, 11 points ahead of Jay Rhame, Rachel Beardsley, and Peter Beardsley in second with 27 points. Third place, just two points behind Rhame/Beardsley, were Cardwell and Jennifer Potts, Ted Ferrarone, and Meredith Killion.

Being the North American Championship, several other awards were presented.