Congratulations to Marcus Eagan, Andrew Eagan, and Jackson Benvenutti (Mandeville, LA) for winning both the Goslings 2019 Viper 640 World Championship and the 2019 Viper 640 North Americans. Hosted by Alamitos Bay Yacht Club (Long Beach, CA), the four-day Championship consisted of 13 races in atypical Long Beach conditions – light, 8-10 knots except for the final race on Day 2 and the last two on the final day when winds were mid to high teens. It was a regatta where sailors were faced with a wide range of conditions and those atop the podium had to be capable of dealing with them all.

Eagan ended with 33 points after five of the races atop the 41-boat fleet. In second was Geoff Ewenson (Annapolis, MD), Ryan Cox, and Jon Ziskind with 44 points having won an extremely consistent series with 11 top-ten finishes. In third, from South of Perth Yacht Club in Western Australia, were former Viper 640 World Champions Nick Jerwood, Brian DeVries, and Matt Jerwood. 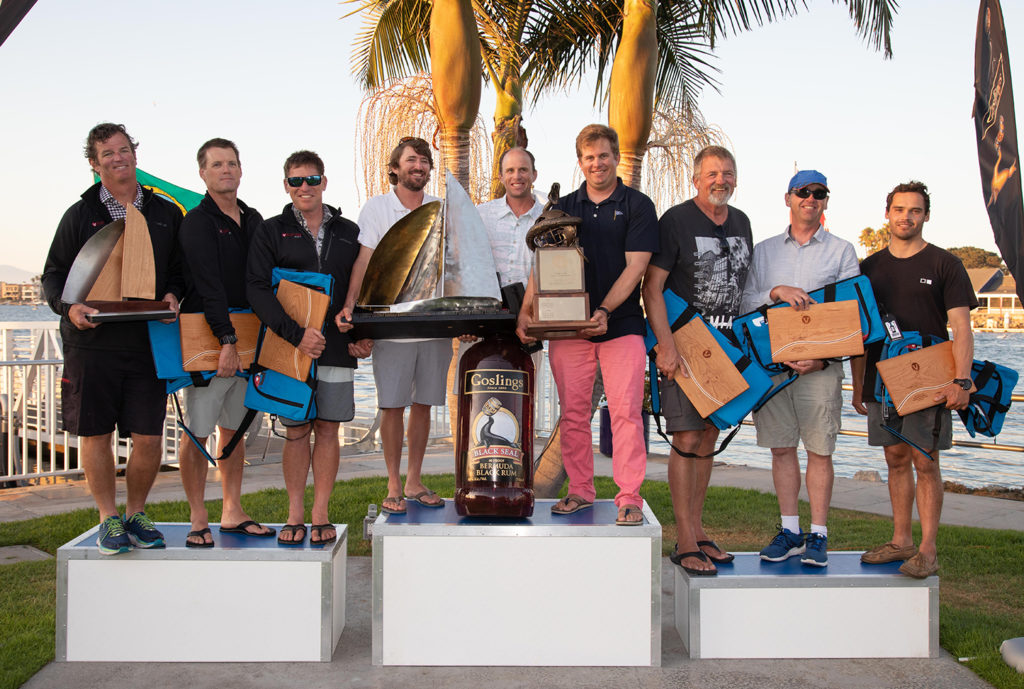 The real story about this regatta was the blend of sailor experiences both on and off the water. The sailing, despite many light-air races, was keenly competitive; but it was the blend of great racing and spectacular on-shore activities that made the Goslings 2019 Viper 640 World Championship the event it was. ABYC volunteers, Goslings rum, and the full cadre of Viper sailors came together every morning and evening to deliver a bucket list event.Results