The first day of the Aspen Viper 640 International Championship sponsored by EFG is in the books…but the pages are a bit soggy. As the sailors gathered for the opening competitors meeting, the first line of rain showers swept across Hamilton, Bermuda. Being run in conjunction with the Viper 640 North American Championship and hosted by the Royal Bermuda Yacht Club and the Royal Hamilton Amateur Dinghy Club, 42 Viper 640 sportboats from around the world headed out to the Great Sound for the first day of racing. The westerly they faced sailing out soon turned to a southerly with gusts into the 20-knot range only to have winds dissipated by repeated lines of rain crossing the Sound. 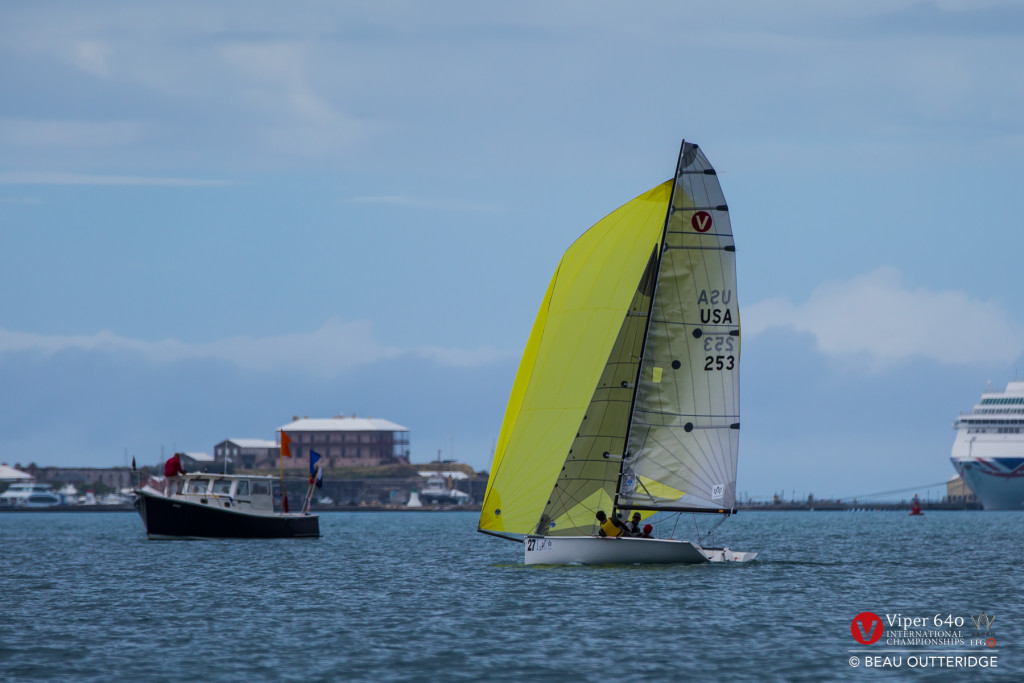 PRO Hank Stuart and his team started the first race of the regatta on time with a mile course that saw Zeke Horowitz (Annapolis, MD), sailing with Brendan Healey and Ian Coleman, take the lead at the first mark; a position they would hold throughout the day. Two races were run before the wind (and rain) died out. In second, with eight points, is Justin Scott (Great Britain via Darien, CT) sailing with Rob Crane and Trevor Burd with a 2-6 scoreline. Tied for third with 13 points are Geoff Fargo (Santa Barbara, CA), sailing with Jeff Grange and Spencer Steffan, and Bruce Mattinson (Albany, WA, Australia) with Arlyn Mattinson, Ben Marler, and Keith Swinton as crew.  Full Results

Perhaps, the real story of the Aspen Viper 640 International Championship is this: what has been said time and time again is how incredible the people in the Viper fleet are. Today that was certainly showcased with lots of laughter between racing despite the continuous bands of rain. The weather was shifty; the direction was anywhere from 145-300, ranged from 3-12 knots during racing and was held in flat water just to the southeast of Pearl Island. 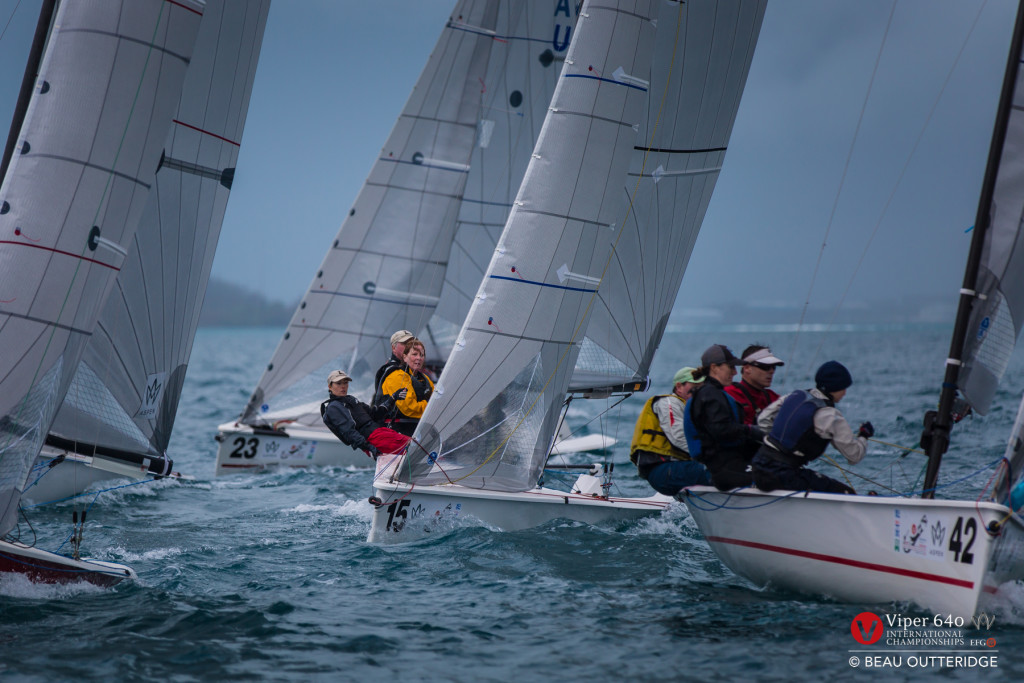 The most consistent part of the day was the team of Zeke Horowitz’s Jenny winning both races. A look at Yacht Scoring shows just how up and down a majority of the fleet was. Sarasota sailor Mike Meighan explained, “Today is not what we expected weather-wise.” His teammate Travis Yates added, “It was hard to see, the rain slicks out the water.” When asked further about the experience of being at the Aspen Viper 640 International Championship, Yates continued, “Everybody was playing nice, it’s a great class for that. I think we just try and keep it on the water, everybody is here for the right reason.” 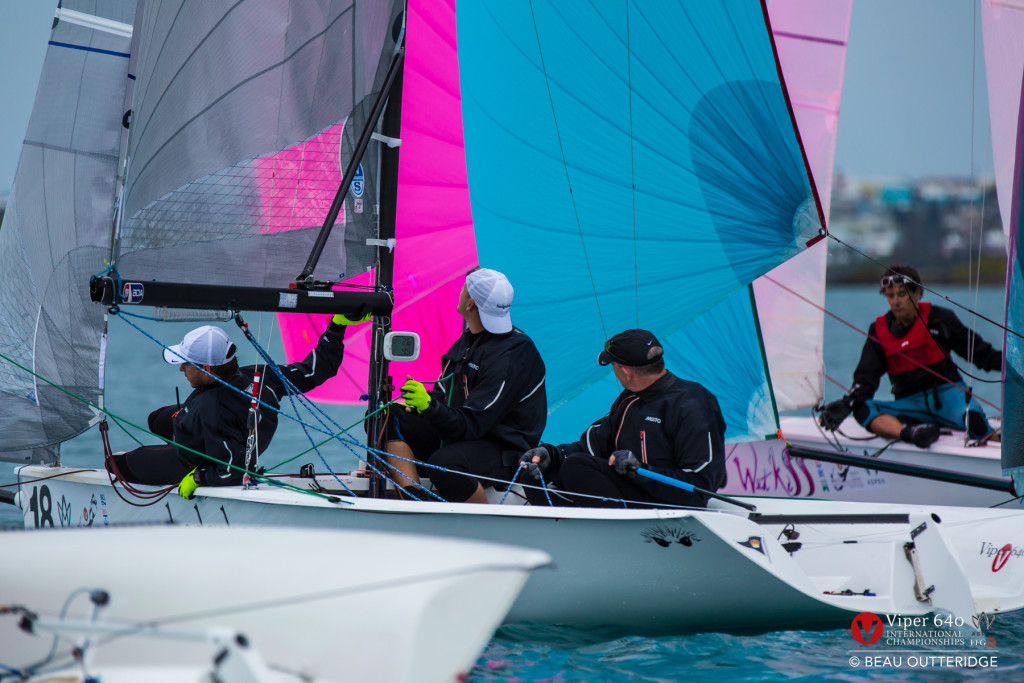 Day 2 of the Aspen Viper 640 International Championship is scheduled for tomorrow. Early winds are predicted to be in excess of 30 knots and will moderate later with…wait for it…more rain.

Follow all racing in real time and see regatta photos at https://www.facebook.com/2016Viper640InternationalChampionship/?fref=ts with daily recaps at www.viper640.corg.

EFG International has been the primary supporting sponsor of the Viper 640 Class since 2011. Every year, Viper sailors around the world competing in quailifying events leading up to the EFG Viper Pan-American Championship sailed each March in Miami, FL, as part of Bacardi Miami Sailing Week presented by EFG.