The Nepean One-Design regatta has been a fixture on the Great Lakes circuit for five years now. It’s always a great regatta from a social perspective and often a notoriously light, variable wind event. The 2018 edition was no exception, with 10 Great Lakes Vipers meeting to challenge for the 2018 Canadian Championship over the June 16-5-16 weekend.

Saturday turned into a hot, sunny rafting event with plenty of good laughs and beer, but no racing. Sunday promised better, but the wind didn’t begin to fill in until 1130 leaving time for only two races. Van Sheppard, with his crew of Harvey Barnes and Gord Fleming sailing on 211 “Wadjet,” was crowned 2018 Canadian Champions followed by Steve Chapman on 288 “Oshunmare” and Ron Schute on 117 “Rum Theory” in third.

Of note: three brand new boats sailed this event (288, 291, 292) having been unloaded from the container on Thursday in Toronto. We also welcomed Andrew Murtomaki who made the long (2,200 km) journey from Winnipeg with 74 “Surf” to prepare for the upcoming North American’s in Kingston, ON. 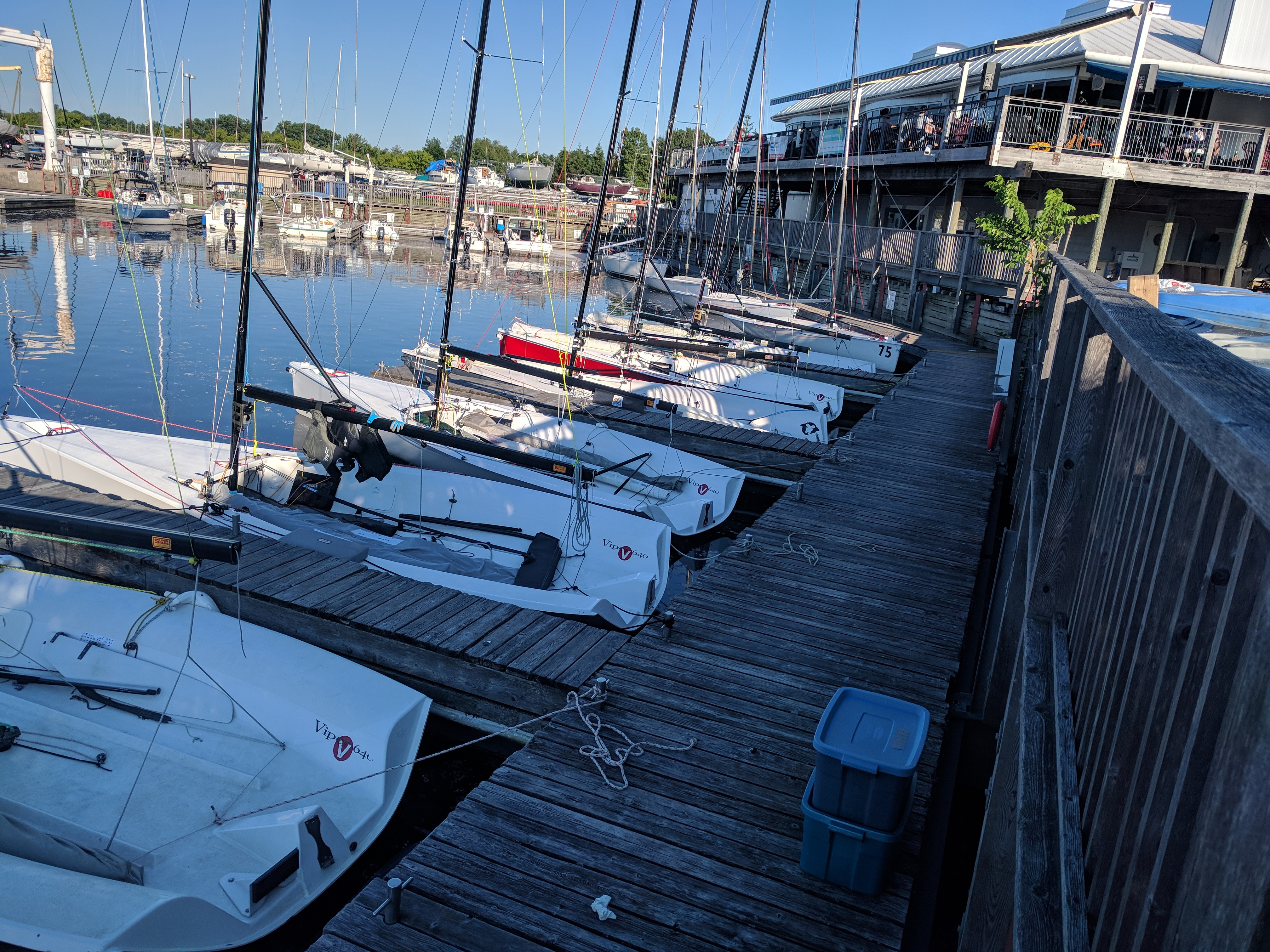