First a confession – I have always been a traveler. When I joined the Viper 640 Class, I looked forward to heading out to a few big regattas every year. Little did I know that this would take me as far as Perth, Australia!

When we announced the Worlds in Perth, my immediate thought was “I’m in!” I was worried about crew though. I floated this idea to my team and my middle guy, Christophe, was an instant yes – planning his vacation to Thailand along the way before we even finished the first conversation. My regular third, a young up-and-coming Finn sailor, Quinton Gallon, was off in New Zealand working on the AC 80’s for the winter, so not available. So I turned to Warren Walhaug, having sailed with us in Miami and Charleston many times, to round out the crew. Warren & I go way back, sailing together in West Africa for many years, our family’s being good friends. Crew committed, it was on to logistics. 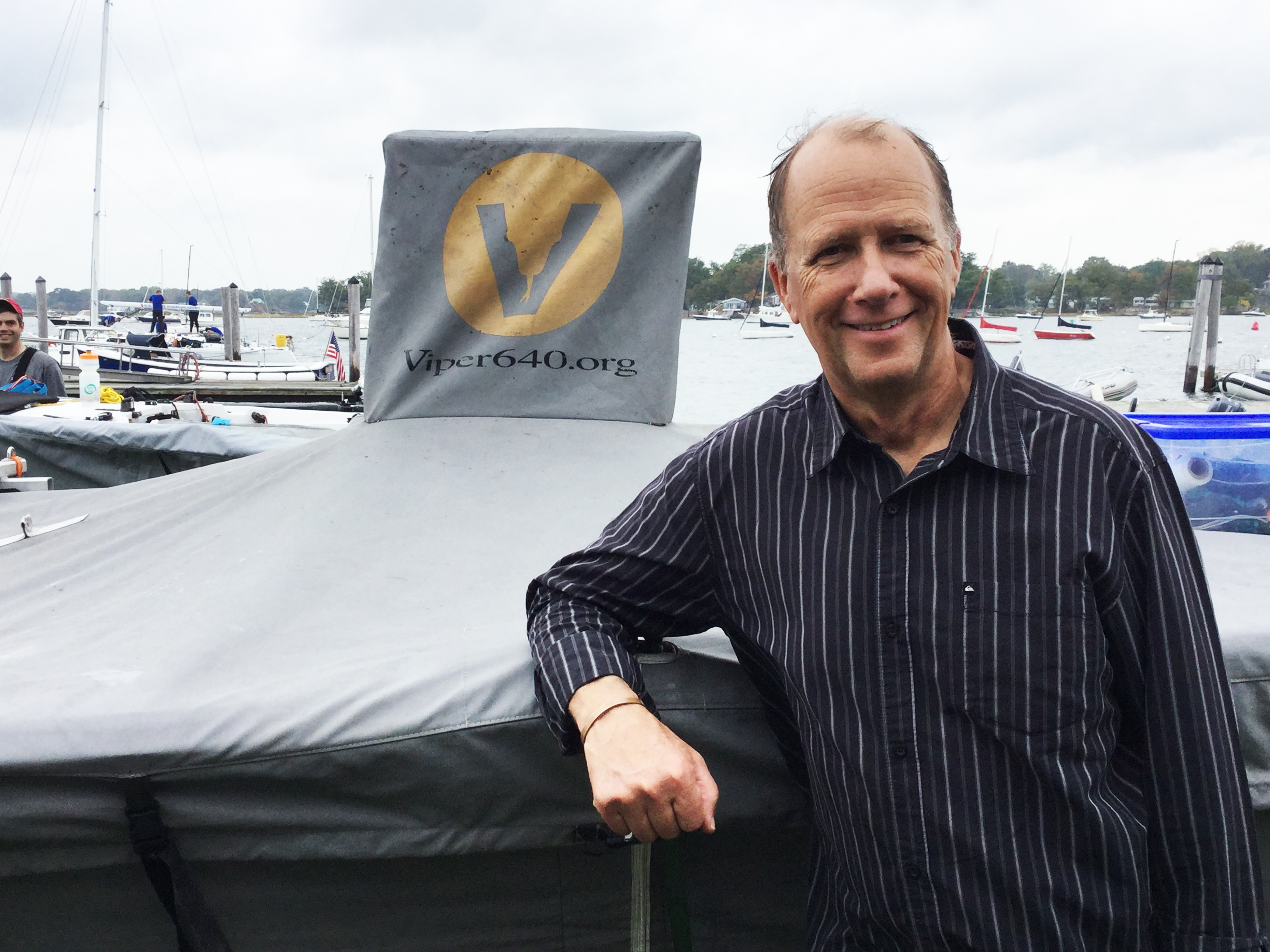 Rondar made an offer I couldn’t refuse. A great price on a new boat for the Worlds, shipping there and back all organized. So I sold 211 and we were committed.

We teamed up with Tony Chapman’s crew to rent a house in Perth. This worked out well, being only 10 minutes from the club. With nine of us in the house, we kept the cost reasonable. We had somewhere to have a BBQ and hang up our gear. In Perth, breakfast on the patio became the norm.

The South of Perth Yacht Club was fantastic. Graeme, Rod, and the club members had unloaded the containers for us. We arrived to find almost everything ready for assembly. The only challenge was rigging in heat. As the temperature rose, Graeme encouraged us to head for the bar from 1pm onwards as the thermometer hit 108 F. We found this to be very sensible advice.

I’ve not seen a better set-up. With three cranes, lots of dry-sail parking, sufficient finger docks we could launch all 25 boats in under 15 minutes. The club had three good ribs plus a monster rib for a safety boat. Michael, the sailing director, had everything in top shape for the event and lent a ready hand or tool to help anyone who needed it. The RC ran a two day warm-up event on the weekend starting off at 9a.m. and we were back in the bar for lunch before 1p.m. The club members kept their regular events running in the afternoons. Very impressive.

After a day of training and two days of the warm-up event we felt ready. A respectable 7th place finish in the warm-up event gave us hope for a good placing in the Championship. There was only one problem – the famous Fremantle Doctor – the 22-25knot sea breeze had yet to show up. We were sailing in shifty 8-14 knot winds, with the PRO deftly moving the line and/or the windward mark to give us a good course.

On Monday, we started with the 14-16 kts in the first race and it built from there. The Doctor had arrived! By the third race the winds were 22 gusting 26. Broaches everywhere, two broken masts, several damaged sails, a broken boom. 12 boats finish the third race, only 14 of 25 would start the fourth, as the breeze continued to build to 26kts with gusts to 30 kts. The Doctors sorted the fleet very efficiently.

The VB2 rudder brackets held up very well. No issues at all. I was sailing a new boat (288) with a vertical tower. A wonderful experience until my tiller extension parted from the tiller!

The Doctor only made one appearance that week. A cyclone had passed over the northwestern corner of Australia, dumping heavy rains in the northwest and perturbing the usual weather pattern. Over the next few days we sailed races  on all four corners of the compass. Shifty winds and gusty conditions reminded me of the NA’s in Larchmont – if you were on the wrong side of the shift upwind, you were toast. But more importantly, if you didn’t ride the gusts downwind, you could easily lose six places in one leg (or conversely gain a few places…).

Through all of this I quickly came to respect the depth of talent that we were racing against. We knew six of the Aussie teams from Miami, Long Beach, Larchmont, and Bermuda. We knew they are good sailors. Add to the fleet Nick Jerwood (Flying 15 World Champion) sailing with his son, Matt, ranked fourth on the World Match Racing tour, Denis Jones (Australian Olympic 49er coach) sailing with Graeme Spence (sailed on Oracle Team USA) and three Laser World Champions and we had a very competitive fleet. Some of the best racing I have had the pleasure of participating in.

One of the highlights was having the lay day on the Wednesday. By that point we had finished four days of racing (12 races in all). The organizers held a cocktail party for us in the Western Australia Maritime Museum where we sipped fine Australian wine at the keel of the famous 12m Australia II. With no racing the next day we visitors headed off for a day of tourism and took the ferry to Rottnest Island. There we rented bicycles and toured the island, taking in fantastic views, pristine beaches, visited the lighthouse and found Quokkas! Glen Van Heel did the patriotic thing and let a Quokka wave the flag. Sunset beers on the beach in Fremantle capped the day. This break made the event seem much less intense, giving us all a much needed break.

My hat is off to the Graeme Monkhouse and the South of Perth Yacht Club. They set the bar very high and ran a fantastic event. We got in lots of racing (4 races in the warm-up, 14 races in the main event over four days) and were made to feel very welcome by the club. They threw a great Awards Party Friday night, which was a real celebration of a wonderful event.

Now, being a traveler, part of our plan was to get out and visit some of Australia. We spent a week in Western Australia, managed a few days in Margaret River (wine, hiking, beaches, wine, great food), north along the coast to the Pinnacles, then over to Sydney (sailed a big boat regatta in Sydney harbor on a 46 footer), Brisbane and finally Noosa to unwind for a few days before heading home. Australia was great. Western Australia and Perth in particular were real finds – we’re already talking about going back because we enjoyed ourselves there so much.

This is the Viper life! More than just great sailing, a chance enjoy ourselves in cool places with interesting people.