This was by far and away the best sailing event experience I have ever had. It was not just the sailing competition, which was fantastic in its own right, but it was the entire West Australia experience:
• The amazing party at the WA Maritime Museum,
• The day at Rottnest Island,
• The camaraderie,
• The welcome,
• The weather,
• The sailing-addicted culture of Perth and all of West Australia,
• The spontaneous dancing at the awards dinner, and
• The incredible scenery and sites we thoroughly enjoyed during our tour WA.

One thing that was especially fun about this Worlds was all the World Match Racing Circuit participants who sailed with us. There was a youth event a week before our event called the Warren Jones and a lot of the youth sailors were crewing in the Viper fleet. It was really fun for us to go up against the world match racing pros. And don’t forget about Viperer Keith Swinton from WMRC. Matt Jerwood, skipper of WMRC’s Redline Racing, crewed for his father and his Redline partners Alex Landwher and Pat Voss sailed a Viper together finishing seventy. And Brian De Viies, who crewed on his winning boat with the Jerwoods, is a good story, too. Brian’s daughter Monique (racing on different boat) and Nick Jerwood’s daughter Nia are a competitive 470 team and are current World Champions in 420 class. Guess who beat who? The old man or the young rock star? The apple did not fall far from the tree!

The fleet was full of superb sailors and I have to admit that the local Australian fleet is probably the single most concentration of Viper talent on the planet.
Nobody should leave this life without coming to see Western Australia. It is stunning. On top of the landscape, vineyards, deserts, mountains and white beaches, the sheer bloody friendliness of WA is incredible. I wore my Viper Worlds shirt and was made welcome in all of corners of WA. Colin Loveday, five-time Laser Masters World Champion came up to me at an art gallery in Margaret River. A member of Dunsborough Sailing Club insisted that we come to visit the club—hundreds of miles from Perth in a little town called Walpole. We found ourselves invited to join a group of sailors celebrating after the “Regatta in the Trees.” 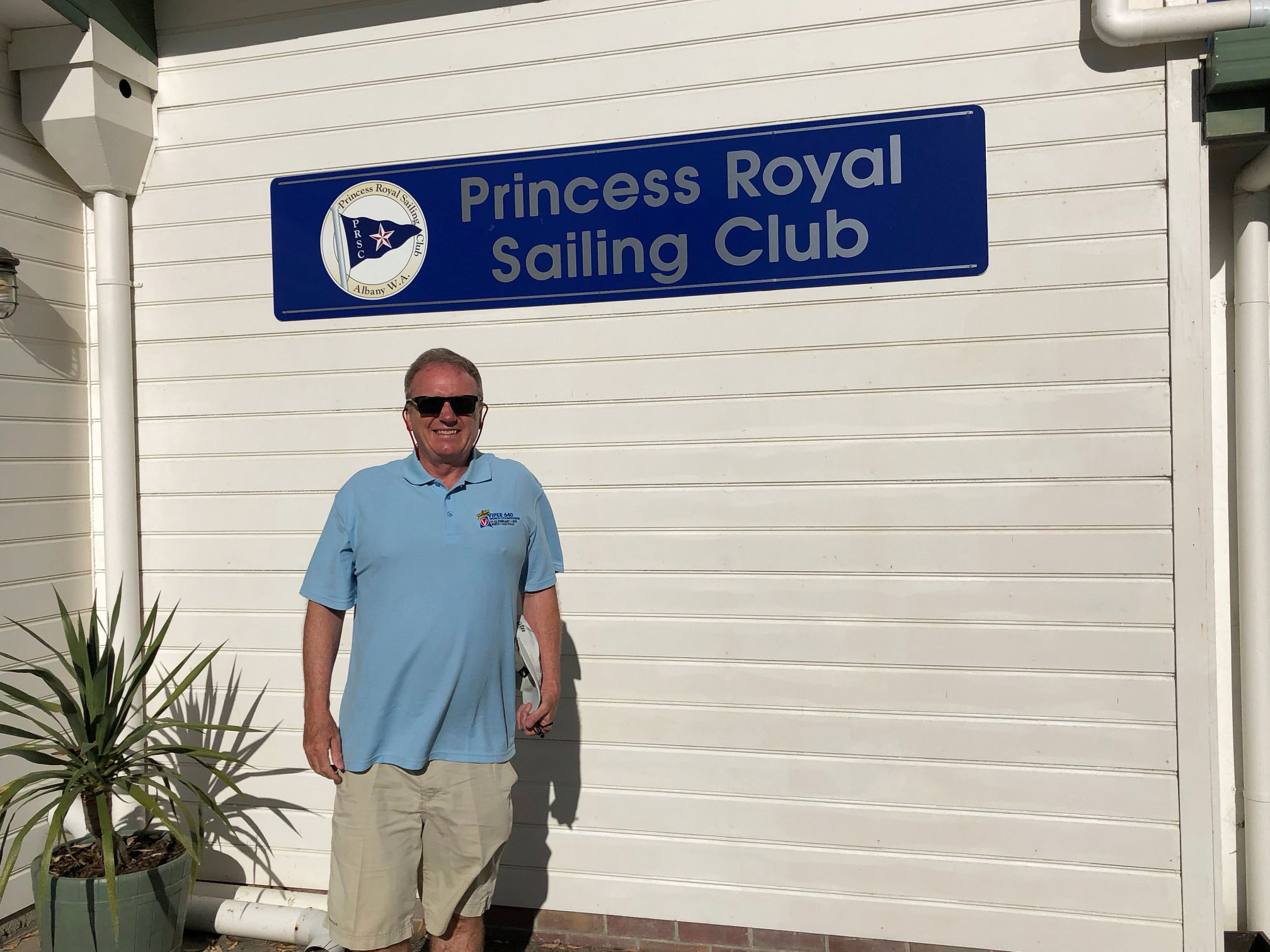 As Class Chairman I felt it my bounden duty to inspect the southernmost Viper fleet in the world at the Princess Royal Sailing Club in Albany, WA. Talk about, far from the USA. Phew…..we felt “next stop Antarctica!”

Anyway…I have lots of pics of our travels and the Viper flag in remote locations which I will pull together when I return. Right now we are at a remote Dutch owned farm north of the Stirlingrange……again, beautiful.

We cannot wait to come here again (if we actually even leave!!!!).