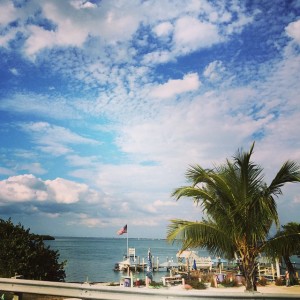 Sarasota: making it harder for Viper sailors to come up with excuses not to go to Florida since 2013

What do you get when you combine half of Viper 205 Blackout Proposal, with Viper 222 Ghost Panda? Blackout Panda, with Peter Beardsley, Danny Pletsch, and Megan Magill Pletsch, and a win at the second stop of the Sarasota Winter Viper Circuit.   The top two teams from the Western Long Island Sound season standings in 2014 combined forces to win the first North American Viper regatta of the year, sailed in a moderate, shifty northeasterly in Sarasota Bay January 10-11. “It made sense to team up since our respective co-owners couldn’t make the trip, and sailing in shorts in January is a lot better than staying at home,” Beardsley explained. Each sailor on Blackout Panda took turns on the helm every third race, making for a unique team win with three co-skippers.

Saturday saw fleet newcomers and 505 class veterans from Hampton Yacht Club Henry, Barb, and Doug Amthor win three of the five races, showing a rapid acceleration up the learning curve in only their third regatta in the boat, to lead the regatta on a tiebreaker heading into the clubhouse. Saturday night featured a keg that was quickly kicked, along with a dinner and a class debrief with the daily leaders, moderated by event chairman Travis Yates and held at halftime to accommodate those with rooting interests in the Patriots-Ravens playoff game.

Many teams upped their game on Sunday, armed with new knowledge and techniques from the debrief, and racing was extremely close. Team Amthor, also known as E+A2, got caught on the wrong side of a couple of shifts on the second beat of Sunday’s first race, resulting in the team sailing its drop race for the series and allowing Blackout Panda to jump ahead, where they stayed, winning the final three races and edging out the Virginians by six points overall. Peter Denton’s Torrific team from Rhode Island with Boston University sailing alums Billy Martin and Janel Zarkowsky, started Sunday with a 1,2 and placed third overall.  Trophies were a mix of classic Florida (giant conch shells) with Viper flair (carbon fiber nameplates).

With 10 races in January’s event, there have now been 19 races over two regattas thanks to a great venue and efficient race management. The final event is scheduled for February 7-8, and teams can discard their worst 30%, so the overall Sarasota title is very much up for grabs and will depend in large part on if the weather continues to cooperate. More teams are expected at the final event as Viper sailors from around the country converge on Florida in anticipation of the EFG Bank Viper Pan American Championship in March in Miami. 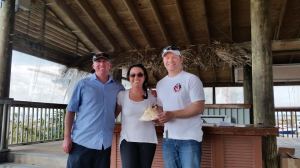 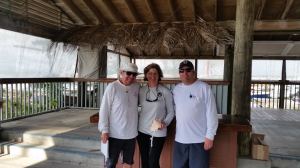 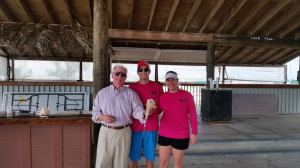